Florida Man Receives $3.9 Million in COVID-19 Relief Funds, Buys a Lamborghini and Gets Arrested for Fraud

A Florida man has been charged with fraud and other criminal offenses after receiving $3.9 million in COVID-19 relief funds and using the money to purchase, among other things, a Lamborghini.

David T. Hines, 29, was arrested on Friday and charged on Monday according to a statement by the Department of Justice. Over $3 million has been seized from his bank accounts along with the sports vehicle.

Authorities allege that Hines fraudulently applied for about $13.5 million in Paycheck Protection Program (PPP) loans for a few companies. PPP, part of the Coronavirus Aid, Relief, and Economic Security Act, was enacted on March 29 to provide small businesses with forgivable loans. Any money given to a company on behalf of the program is supposed to be used for rent or mortgage costs, employee salaries and utilities.

According to the DOJ’s statement, Hines lied on the loan applications and made inaccurate statements about the expenses of the companies, including the amount paid to employees.

“Those purported employees either did not exist or earned a fraction of what Hines claimed in his PPP applications,” U.S. Postal Inspector Bryan Masmela says in an affidavit, according to the Miami Herald. “Collectively, Hines falsely claimed his companies paid millions of dollars in payroll in the first quarter of 2020. State and bank records, however, show little to no payroll expense during this period.”

Hines was approved for funding and received $3.9 million. Just a few days after getting the money, he bought the Lamborghini for $318,000. He is also alleged to have purchased luxury items from stores and resorts.

In the past few weeks, Florida has become one of the hotspots for U.S. COVID-19 cases and recently passed New York for having the second-most confirmed cases in the country, behind California.

Hines was in federal custody over the weekend, released on bond on Monday and is scheduled to be arraigned on Oct. 14. 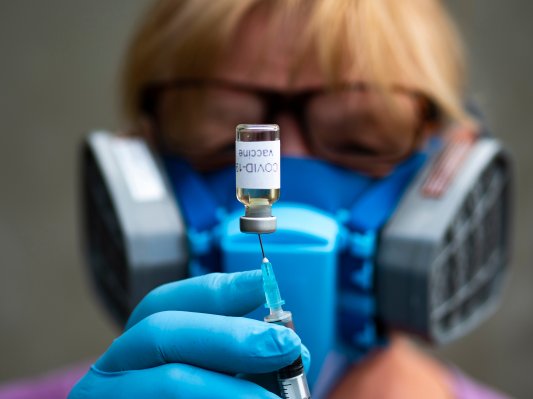 What Vaccine Nationalism Means for the Pandemic
Next Up: Editor's Pick