Gold Nears $2,000 an Ounce as It Surges to All-Time High in an Uncertain World

A person holds an ABC Bullion one kilogram gold bar at the ABC Refinery smelter in Sydney, New South Wales, Australia, on Thursday, July 2, 2020. Western investors piling into gold in the pandemic are more than making up for a collapse in demand for physical metal from traditional retail buyers in China and India, helping push prices to an eight-year high.
David Gray–Bloomberg/Getty Images
By Ranjeetha Pakiam / Bloomberg

Spot gold blasted past its longstanding record as the dollar plunged and concerns about the global economy boosted demand for havens. Silver rode on its coattails, jumping to the highest in nearly seven years.

Bullion’s move—which may put it on track to take out $2,000 an ounce—came as a gauge of the dollar sank to the lowest in more than a year amid negative real rates in the U.S. and bets that the Federal Reserve will keep policy accommodative when it meets this week. Unrelenting investor demand has helped fuel price gains, with inflows into gold-backed exchange traded funds this year already topping the record set in 2009.

Investors have turned to gold as the coronavirus pandemic’s hit to global growth underpinned its status as a haven. But the metal’s getting support from a long list of factors: geopolitical tensions are rising, real rates have tumbled, the dollar is weaker, and government and central banks worldwide have unleashed vast stimulus measures to try and boost economies.

“Strong gains are inevitable as we enter a period much like the post-GFC environment, where gold prices soared to record levels as a result of copious amounts of Fed money being pumped into the financial system,” with a weak dollar and negative real rates providing further impetus, said Gavin Wendt, senior resource analyst at MineLife Pty. Gold may consolidate before setting its sights on $2,000 and above in coming weeks, he said.

The current environment has even raised the specter of stagflation, a rare combination of sluggish growth and rising inflation that erodes the value of fixed-income investments. In the U.S., investor expectations for annual inflation over the next decade have moved higher the past four months after plunging in March.

U.S. bond markets have been a key metric to watch in determining the path for gold, with the metal serving as an attractive hedge as yields on Treasuries that strip out the effects of inflation fall below zero.

Gold and bond traders alike will get a steer from the Fed this week, as officials meet July 28-29. Expectations are they’ll keep interest rates near zero, while markets will also be watching for any signals around shifts in strategy.

The meeting may be a platform for a strong message that change is coming, opening up the possibility for more unconventional policies further down the line, according to Chris Weston, head of research at Pepperstone Group in Melbourne. “If we think about real yields and what the Fed is doing, it just suggests to me that it’s a matter of time before real yields continue to trend lower and gold goes higher.”

Increasing concerns about the virus pandemic as well as deteriorating relations between the U.S. and China add to gold’s allure, and most analysts are bullish on the metal’s outlook. Goldman Sachs Group Inc. said the metal could reach $2,000 in the next 12 months, and Citigroup Inc. puts a 30% probability on prices topping that level by the end of this year.

–With assistance from David Stringer. 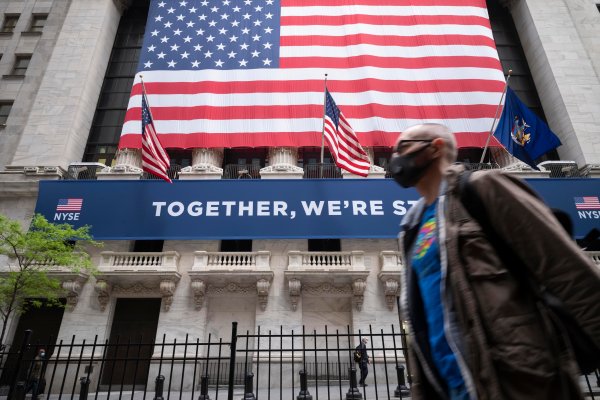