Filmmaker Martyna Starosta talked with TIME about her short film, Elevator Pitch, which poignantly pairs audio testimonials from the public at regular meetings of the Metropolitan Transit Authority (MTA), with scenes of people struggling in the many staircases of the massive transit system.

What gave you the idea to make this film?

I have always thought about how inaccessible the subway is. I work as a cinematographer, and every time I have to carry gear up and down flights of stairs, I am afraid of injuring myself. When I became a parent, I found myself schlepping a baby and a stroller, too. And when I read about the story of Malaysia Goodson who fell and died carrying her 1-year-old daughter down the subway stairs, it hit close to home for me because I had an 8-month old son. I think the broken infrastructure of public transportation in New York is also a powerful vehicle to tell a larger story of inequality in the city.

New Yorkers are very proud of their subway and they hate it at the same time. There’s an ambivalent relationship. I lived in Berlin before, and public transportation there is much more accessible, so maybe because I see it as an immigrant and an outsider, I have more potential for outrage. Elevators are important to many different people, so we have to listen to what people need. And very often when disability rights advocates succeed in making spaces more accessible, we all benefit.

Tell us more about the name of the film

Especially in New York City where there is so much showbiz and entertainment, people always talk about the ‘elevator pitch,’ and when I started attending the MTA board meetings, listening to person after person begging for elevators in stations, and I just thought it sounded like they were pitching. I feel the state of accessibility is so dismal in the subways that it’s almost absurd, hence the touch of humor in the wordplay of the title.

The MTA is facing huge budget cuts, what makes you hopeful that accessibility will be a priority?

There is big uncertainty and fear about the impact of budget cuts, but I do want to say that as I have met all these advocates who have been engaged in the struggle for accessibility for decades, I am impressed with their process of pushing for change.

It’s easy to give in to the hopelessness, but we have also seen the way that budget cuts happen in a political context, and so I hope there will be a political pushback if the accessibility budget is going to be disproportionately cut. 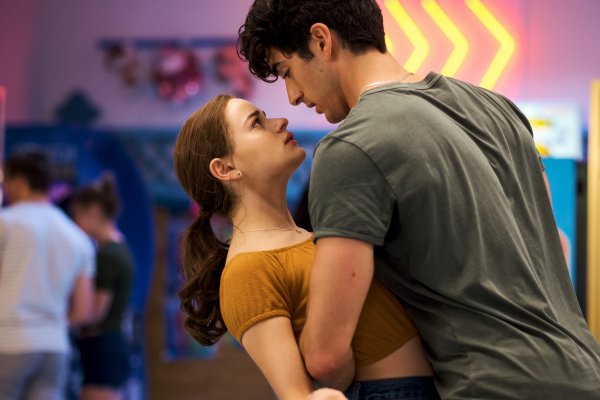 The Kissing Booth 2 Will Take You Back
Next Up: Editor's Pick