People hold posters that read: "Freedom for Khabarovsk region's governor Sergei Furgal" during a protest in Khabarovsk, Russia on July 18
Igor Volkov—AP
Ideas
By Ian Bremmer
Bremmer is a foreign affairs columnist and editor-at-large at TIME. He is the president of Eurasia Group, a political-risk consultancy, and GZERO Media, a company dedicated to providing intelligent and engaging coverage of international affairs. He teaches applied geopolitics at Columbia University’s School of International and Public Affairs and his most recent book is The Power of Crisis

From his perch atop the Kremlin, Vladimir Putin has placed himself at the center of Russian politics for the foreseeable future, and anti-Western words and deeds have surely helped him get there. But the story now is anger directed his way from his own country’s East.

With support from 78% of voters and 65% turnout, Putin won a referendum earlier in July establishing a new constitution that could extend his reign for decades. Yes, there were millions of contested ballots and “prizes” given to voters who showed up at the polls, but no one really expected a free or fair vote, and credible numbers from the Russian polling firm Levada tell us that even a less popular Putin still has the approval of 60% of Russians. In general, opposition parties will continue to keep their “opposition” within bounds acceptable to Putin and his entourage.

There have been times, however, when particular opposition figures have demonstrated an unhelpful independence. In 2018, a businessman turned politician named Sergei Furgal pulled off a shocking landslide election victory to become governor in the Far Eastern region of Khabarovsk. Furgal is a member of the Liberal Democratic Party, a nationalist right-wing party best known in the West for its leader, Vladimir Zhirinovsky, a charismatic political showman and a hatemonger. Furgal defeated the incumbent governor, a member of Putin’s party. A year later, Furgal’s LDPR finished first in elections for the region’s assembly.

This is a tough part of the country for Putin. His party is less popular here, a result of policies that many locals say have been imposed on them from faraway Moscow. How far away? The city of Khabarovsk is about 250 miles from the Pacific Ocean, 15 miles from Russia’s border with China and 5,000 miles from the Kremlin. The region didn’t back Putin’s constitutional-reform referendum with much enthusiasm.

This is the backdrop for a decision, likely approved by Putin himself, to arrest Furgal on July 9. The popular governor has been charged with ordering contract killings of business rivals in 2004 and 2005, a time when he was building interests in metal and timber. To say the arrest was politically motivated is not to say that Furgal is innocent. Once in custody, Furgal was flown to Moscow, where he is now awaiting trial. In response, tens of thousands of protesters hit the streets of Khabarovsk to express their fury. Some insist Furgal is innocent and should be released. Others call for an open trial in Khabarovsk. A few protesters have carried signs denouncing Putin. Many note the suspicious timing of his arrest–15 years after the alleged crimes and just eight days after Putin’s referendum victory was secured.

Moscow has dispatched lawmaker Mikhail Degtyaryov to serve as interim governor until the next regional elections are held in September 2021. Though Degtyaryov is also a member of Furgal’s party rather than Putin’s, he has no connection with Khabarovsk province. It’s a reminder from faraway Moscow that Khabarovsk’s elected governor does not work for the people of this region.

What to make of all this? Populism is alive and well in Russia–and might someday create real problems for Putin. Furgal won an election in 2018 because voters wanted to send a message to Moscow. As large-scale protests continue after more than a week, the arrest of their governor and his replacement with an outsider will only heighten their resentment.

Putin has little to worry about. But these protests could be an early signal of populist challenges to come, particularly if Russia’s economy continues its decline. 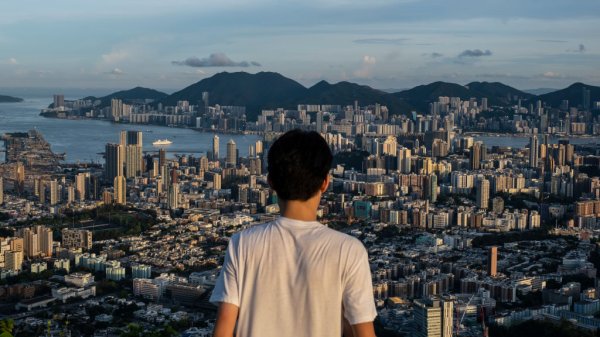 Column: Hong Kong Is Freer Than You Think
Next Up: Editor's Pick