'He Was Like a Pit Bull': Bob Moses on John Lewis' Fighting Spirit

Michael Avedon
Ideas
By Bob Moses
Moses is an activist and educator who, in the early 1960s, led SNCC’s Mississippi Project

In the early 1960s, SNCC [the Student Nonviolent Coordinating Committee] had decided it would just do voter registration in Mississippi. I had gone down to work on that program, and my work was very confined to that. But John, in those years, was focused on direct action. He was the person who was going to jail. Whatever actions happened, he was right there.

When he was [elected chair of SNCC in 1963], you had sophisticated Howard students very much involved, and John was the candidate from the rural South. His persistence and moral clarity prevailed in the vote. You were sure you had someone who wasn’t going to somehow dilute the message. John was just straight as an arrow.

Then came the March on Washington, with the whole brouhaha about his speech and the part that got ­deleted—about marching the way Sherman did—that was really typical John. He was like a pit bull: I’m going to go on, and I’m going to grab this, and I’m not turning this loose, and it doesn’t matter what you do.

But the reason John’s direct actions had the impact they did was because he was immersed in a larger movement with a structure. No one knew how to create the sit-in movement, but after Ella Baker helped give it structure, John emerged from within this structure. He went through the training, which involved a commitment to nonviolence as a way of life. John exuded nonviolence. He talked about it until the day he died. And what we got out of [this activism] was the Congressional Black Caucus.

What John accomplished was the elevation of the young person at the bottom of society. You weren’t going to get more rural, more Southern, more inundated in Black rural culture than this son of Alabama sharecroppers. He rose up and reached a point where, at the March on Washington, the powers that be have to try to shape what he’s going to say, because what he’s going to say counts. —As told to Olivia B. Waxman 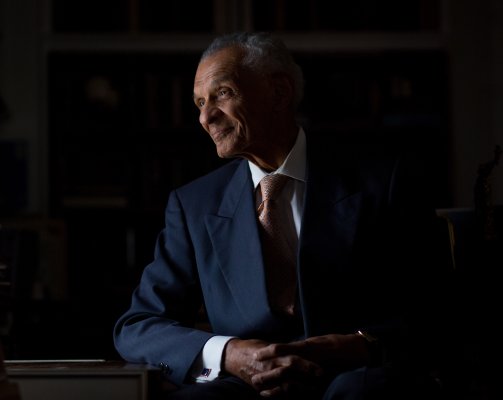 Remembering the Life's Work and Legacy of Civil Rights Pioneer C.T. Vivian
Next Up: Editor's Pick