Muppets Now on Disney+ Is No Muppet Show, But It's Still Perfect 2020 Comfort TV

Fawn over the difficult men who create prestige TV if you must, but there’s no harder task in screen­writing than making entertainment that appeals to viewers of all ages. Studio Ghibli films combine emotional realism, adorable animated characters and conservationist themes. SpongeBob SquarePants found a secondary stoner audience. But no franchise has mastered the art of delighting the whole family quite like the Muppets.

So it will surely come as a relief to parents four months into quarantine who simply cannot stomach another Trolls rewatch that Kermit and company are back. Premiering July 31 on Disney+, Muppets Now attempts to recapture the magic of The Muppet Show, the variety extravaganza that paired Jim Henson’s fuzzy menagerie with the biggest human stars of the 1970s. Former stage manager Scooter has evolved into a showrunner scrambling to upload each episode of Muppets Now. Sadly, that means the show’s main setting is not the lively, puppet-packed vaudeville theater of the original but the flat plane of his computer screen.

Thankfully, the core of this sketch comedy is its recurring segments, most of which are very fun. Miss Piggy reinvents herself as a porcine Gwyneth ­Paltrow in “Lifestyle” (emphasis on the “sty”) and channels her timeless narcissism into deranged celebrity interviews. (“What is your favorite very personal story that your publicist has ever written for you?” she purrs at Aubrey Plaza.) “Muppet Labs” has Bunsen and Beaker making glorious messes in the name of science. My favorite regular segment is a cooking competition that pits the chaotic, always hilarious Swedish Chef against the likes of chef Roy Choi and national treasure Danny Trejo to whip up dishes from around the world. Much flour is spilled.

The Muppets have always been funniest when spoofing showbiz, and the same is true of Muppets Now. Though it lacks some of the warmth and sophistication of The Muppet Show, its characters have been smartly updated for the streaming era. Muppets Now guest-stars Statler and Waldorf, those patron saints of TV critics, who would probably deliver a harsher review. But kids won’t care how it compares with its predecessor. And as an adult in anxious times, who wouldn’t forgive minor flaws if it means spending time in such soothing company? 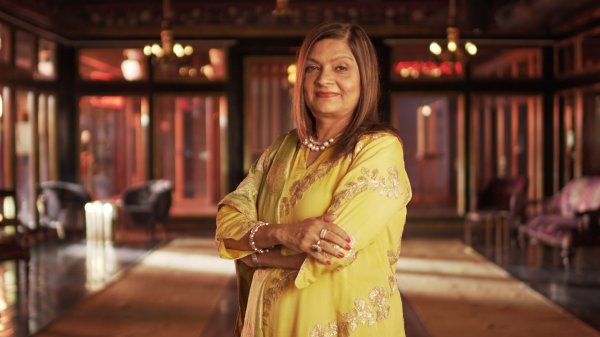 Netflix’s Indian Matchmaking Is Bringing Painful Conversations to the Fore. But Is It More Helpful or Harmful?
Next Up: Editor's Pick