With Imagination and Empathy, Radioactive Illuminates the Life of Marie Curie

Because they will remain radioactive for centuries, Marie Curie’s notebooks have to be kept in lead-lined boxes in their home, the Bibliothèque Nationale de France. Similarly, Marjane Satrapi’s inventive and galvanizing sort-of biopic Radioactive takes on a subject that’s almost too hot to handle: we like to think that serious-minded geniuses aren’t so much like you and me, that they’re untroubled by the vagaries of sorrow or anxiety or sexual desire that plague the rest of us. It’s almost taboo to try to imagine the inner life of any rigorous scientific thinker, particularly one who was awarded two Nobel Prizes in a lifetime, in two distinct disciplines.

But human lives are made up of poetry as well as science, and Radioactive faces that truth head-on. Though Satrapi stays fairly close to the facts, she sometimes presents them with a flourish of fairy-tale dust. If that sounds disrespectful, the effect is more often the opposite: seeing Curie’s doubts and fragilities casts her accomplishments in an even more radical light. Satrapi—whose source material is a graphic novel by Lauren Redniss—and her lead actor, Rosamund Pike, have to imagine some of those personal details, but none seem too far-fetched, considering we’re talking about a woman whose death was hastened by her contact with the very radioactive elements she helped discover. More than once, Satrapi shows Curie clutching a vial of glowing green danger; she was in thrall to its mysteries for better or worse.

Curie unlocked many of those mysteries, though in the end, they exceeded even her magnificent capabilities. Satrapi finds tragic beauty in those limitations, and Pike, in a performance that’s both regal and raw, puts a face to both the triumphs and sorrows of Curie’s legacy. Early on, we see Marie and her eventual husband Pierre—played with a resplendent sense of calm by Sam Riley—as they meet cute in Paris, circa 1894, literally colliding in the street. Marie, a disciplined scientist but also a Polish immigrant, is struggling to make her way in a hostile academic setting; Pierre offers her some much needed laboratory space. They start out as colleagues, sharing their questions about the world as well as the answers they find. Then they fall in love. On their honeymoon in the French countryside, they swim naked and later lie side by side on a blanket, the sunlight blinking in wonder all around them. Later, back in Paris, they make love, and the camera swirls away from their entwined bodies on a cloud of sparkle dust, reaching toward a luminous moon. This is how two brilliant scientists conceive a child.

Don’t laugh: it’s these imaginative touches that give Radioactive its charm, and its heart. Satrapi takes some chances that don’t work: here and there she jumps out of Curie’s story with stylized re-enactments showing radiation’s benefits (as a cancer treatment) and its capacity to kill (the Chernobyl disaster). The transitions between these sequences and Curie’s story aren’t always graceful.

But a flawed movie with life in its veins is better than a pristine one that’s dead on arrival. Satrapi made her name with the autobiographical comic book Persepolis, which she later adapted into a marvelous animated film. She brings an animator’s touch to Radioactive, an often fanciful-looking picture that nevertheless holds tight to its dignity. As Pike plays her, Curie is so single-minded, so driven, that you wonder if she’s in touch with her feelings. But when tragedy slashes at her life, her grief pours out in a flood that’s almost unbearably painful to watch. This Madame Curie is not fully knowable and a little dangerous. No wonder she clings to that glowing vial, whose contents bring her death and no small measure of unhappiness, even as they ensure that we’ll never forget her. 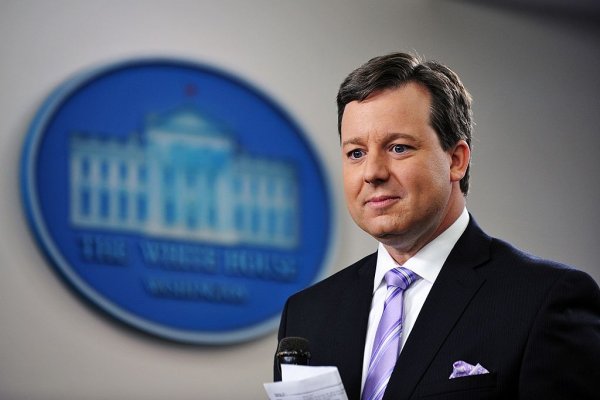 Fox News Anchor Accused of Rape in Lawsuit
Next Up: Editor's Pick