A polar bear stands on an ice floe in the Arctic Ocean.
Ulf Mauder—Getty
By Mélissa Godin

The majority of polar bears will likely disappear by the end of the century if greenhouse gas emissions are not curbed, according to a new study published Monday.

While scientists have long known polar bears are threatened by global heating, this latest study published in Nature Climate Change is the first to identify when and where the bears will disappear.

Polar bears rely on sea ice to hunt for seals. But as temperatures rise and sea ice disappears, so do hunting opportunities for polar bears.

“The dire predictions in our study result from polar bear’s dependence on sea ice and the projected rapid loss of that ice due to human-driven climate change,” says Marika Holland, co-author of the paper.

The study found that declining sea ice has already pushed some polar bear populations to their survival limit. If greenhouse gas emissions stay on their current track, only polar bears living in the Queen Elizabeth Islands in Canada’s Arctic Archipelago will remain by the end of the century. But even if emissions are curbed, sea ice will continue to melt in the coming years as a result of the current levels of carbon in the atmosphere, leading to a decline of polar bears, particularly in southern Arctic regions.

The study—which looked at 13 of the world’s 19 polar bear subpopulations that account for 80% of the total population—modelled the energy use of polar bears. The study estimated the number of days the bears can fast before their reproductive abilities begin to be impacted and mapped this onto the number of projected ice-free days in the coming decades. They determined that the amount of time bears would have to fast surpassed the amount of time polar bears are capable of fasting. The result is that by 2040, some polar bear populations living in southern Hudson Bay and Davis Strait in Canada will begin to experience reproductive failure and by 2080, the majority of polar bear populations will be likely be afflicted.

Polar bears are a keystone species in the Arctic that keep biological populations in check. “Their loss would reverberate throughout the ecosystem,” Holland says.

But polar bears, which are the largest terrestrial carnivore on the planet, are vulnerable to extinction according the International Union for Conservation of Nature, which cites climate change as the main cause of their decline. The Arctic has been warming at double the rate of the global average for the past 25 years. Since the 1970s, sea ice has been melting by approximately 13% per decade, according to satellite records. Polar bears, which are not strong enough swimmers to catch seal in open water, have struggled to hunt as sea ice disappears.

A polar bear stands on an iceberg in the Arctic Ocean.
Ulf Mauder—Getty

This is not the first time polar bears have faced extinction. In 1965, specialists warned that commercial polar bear hunting was pushing the species to extinction, leading to a worldwide restriction on commercial hunting in 1973. And though the ban led to a resurgence in bear population numbers, melting sea ice now threatens the lives of the estimated 26, 000 polar bears that remain today.

While this latest study paints a dire picture of the future of this species, it does note that decreasing the burning of fossil fuels and the emissions of greenhouse gases can reduce sea ice loss.

“I believe that there is hope,” says Holland. “But humans need to act quickly to turn that hope into a reality.” 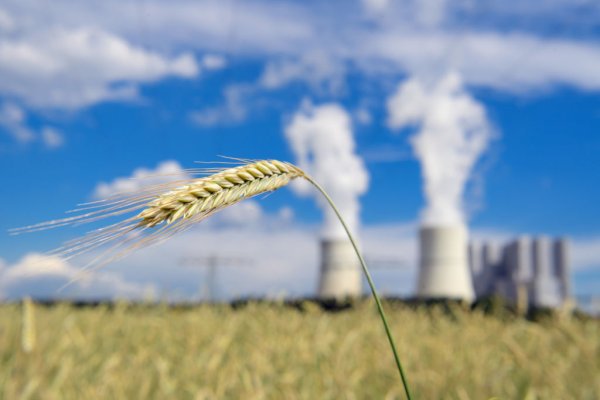 How a New Effort to Trace Emissions, Led by Al Gore, Could Reshape Climate Talks
Next Up: Editor's Pick