How Joe Biden Could Undo Trump's Damage to Environment

Climate protesters at a Biden campaign event in 2019 raised pressure on the presumptive nominee
Scott Eisen—Getty Images
Ideas
By Jeffrey Kluger
Jeffrey Kluger is Editor at Large for TIME magazine and the author of ten books, including Apollo 13, Apollo 8 and two novels for young adults. He has written more than 40 cover stories for TIME on topics ranging from space to human behavior to climate to medicine. Along with others at TIME, Kluger is an Emmy nominee for the web series A Year in Space.

Donald Trump has smashed a lot of environmental china in four years. To name a few instances: he pulled out of the 2015 Paris Agreement (a move that becomes official on July 6, 2021); loosened automotive-mileage and power-plant-emission standards; and sought to eliminate the protected status of the sage grouse, opening up 9 million acres to oil and gas extraction.

Reasonable minds may differ on the wisdom of any one of those moves, but no one can deny the unprecedented sweep of Trump’s policies. Data from Harvard Law School’s Environmental and Energy Law Program and Columbia University’s Sabin Center for Climate Change Law show that the President has signed more than 100 administrative rules, Executive Orders and acts of deregulation, 66 of which have gone into effect.

If presumptive Democratic presidential nominee Joe Biden defeats Trump in November, what could he do in his own four years to undo the work of the Trump era? “The biggest, flashiest thing would be for Biden to stand up on day one and say the U.S. is recommitting itself to Paris,” says Jody Freeman, director of the Harvard program. “We should make clear we’re going to take back the reins we’ve relinquished.”

It wouldn’t necessarily be easy. The U.S. would not simply be permitted to rejoin the agreement but would have to negotiate its way back in. One way to improve its chances would be for the U.S. to present an even more ambitious greenhouse-gas reduction target than it had before, says Joseph Goffman, the Harvard program’s executive director. That original target for the U.S. was a cut of 26% to 28% below 2005-level carbon emissions by 2025. If Biden agreed to more, he might win the U.S. the favor of the other 196 signatories to the pact, but then he would have to deliver; that’s where the work on the domestic side would begin.

America’s largely dysfunctional Congress is usually a bad thing. In the case of recent environmental policy, however, it could be a plus, because Trump’s environmental moves are not fixed in legislative cement but written in the softer sand of Executive Orders. Biden could simply reverse the Trump reversals by issuing his own day-one Executive Orders. But any regulatory change requires public comment and review, as well as a rationale that can withstand legal challenges. Those day-one moves might thus not yield results for a year or three.

What would come next would go beyond the mere reparative. Nobody expects a Green New Deal out of a hypothetical Biden Administration. Freeman believes Biden will look to environmental laws now on the books like the Clean Air Act of 1970 and apply them more strictly to advance a green agenda. On June 30, the House Select Committee on the Climate Crisis did unveil an ambitious plan for the U.S. to achieve net-zero carbon emissions by 2050–something Biden could embrace, though its chances would likely depend on the Democrats’ holding the House and flipping the Senate as well. Biden could also, Freeman says, attach climate policies to coronavirus-related economic-recovery bills that are likely to pass.

The environment has never been Biden’s animating passion. He markets himself instead as more of a Mr. Fix-It, a President who will set right what he sees as the serial messes of the past four years and then try to move beyond them. The environment will be one of his biggest cleanup jobs of all. 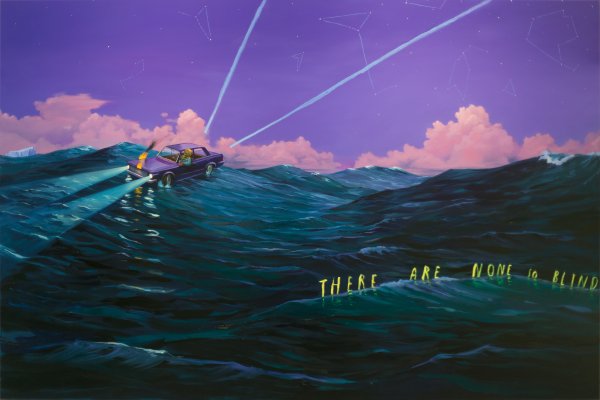 We're Handing Our Kids a Damaged Planet. There's No Excuse for Doing Nothing
Next Up: Editor's Pick