A popular form of heartburn medication may increase a person’s risk of developing COVID-19, according to a new study, lengthening the already long list of risk factors for the virus.

In the study, published Tuesday in pre-print form in the American Journal of Gastroenterology, scientists led by Cedars-Sinai Medical Center’s Dr. Brennan Spiegel conducted an online survey involving more than 86,000 people. Among them, more than 53,000 reported abdominal pain or discomfort, acid reflux, heartburn or regurgitation, and answered questions about the medications they took to relieve those symptoms. Of those, more than 3,300 tested positive for COVID-19.

When the researchers analyzed the data, they found that respondents who said they used proton pump inhibitor (PPI) medications to treat their heartburn had anywhere from two to nearly four times the risk of testing positive for COVID-19, compared to people not using such medications. PPI drugs, which are available by prescription and over the counter, work by turning off the pumps in cells that release acid into the stomach. They can be taken once or twice a day; people taking PPI medications twice a day had a higher risk of infection compared to those taking them once a day.

Spiegel, who is also editor-in-chief of the American Journal of Gastroenterology, says the results aren’t necessarily surprising. Previous studies have found that people taking PPI medications can be at higher risk of certain infections, including C.difficile (common in hospitals). That’s because the drugs reduce stomach acid, and acid is one way the body kills off potentially harmful bacteria and viruses. However, Spiegel was surprised at “just how large the effect seemed to be.”

The gut, which includes the stomach and intestines, can be considered one of the body’s largest immune organs. If the gut’s normal environment is altered—as it can be when taking heartburn medications—that may turn it into fertile ground for viruses like SARS-CoV-2, which is responsible for COVID-19.

“Viruses like SARS-CoV-2 are capable of hijacking the gastrointestinal tract quickly; we know that,” says Spiegel. “It can invade, replicate and multiply efficiently. There is even a theory that maybe it uses the intestines as a kind of home base where it entrenches itself and then spreads throughout the body.”

While people who take PPIs showed an increased risk of COVID-19 infection compared to those who don’t, the absolute risk is still small. That means people taking PPIs shouldn’t immediately stop doing so for fear of contracting the virus without first consulting with their doctor. There are ways PPI users may be able to reduce their risk, too. Studies have shown, for example, that taking the drugs once a day is as effective as taking them twice a day. Since Spiegel’s study suggests that higher doses bring increased risk, people should discuss with their doctors whether reducing their daily dosage might make sense.

Meanwhile, other acid-controlling drugs don’t seem to have the same heightened risk of COVID-19 infection. In Spiegel’s study, people taking H2 blockers, for example, did not show greater risk of infection (H2 blockers, which include Pepcid and Zantac, work by blocking receptors on stomach tissue cells that trigger acid production). However, the U.S. Food and Drug Administration in April requested that manufacturers remove prescription and over the counter H2 blockers containing ranitidine from the market after an investigation revealed that they contained a contaminant linked to cancer. The request applied to Zantac, but not Pepcid, which contains a different acid-blocking chemical called famotidine.

For people who need to take PPIs to control heartburn, Spiegel says their doctors should remind them of their heightened risk of infections of any kind, including COVID-19. And his team’s findings also reinforce public health advice about taking proper precautions to protect against the virus.

“If you’re worried about getting COVID-19, the best thing to do is to wash your hands, wear a mask, socially distance and do all the basic blocking and tackling public health measures,” says Spiegel. “They are way more important than immediately stopping PPIs.” 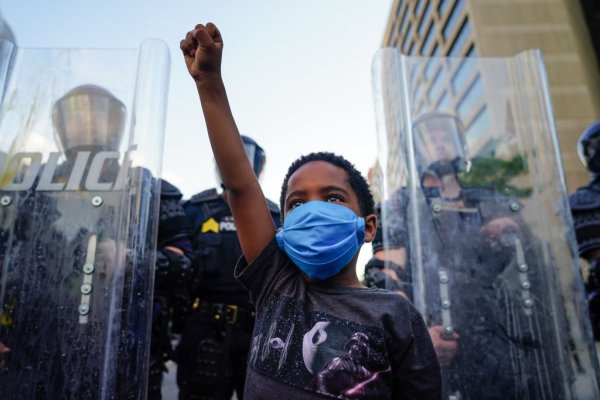