Keisha Lance Bottoms, the mayor of Atlanta, announced on Monday afternoon that she tested positive for COVID-19.

In a tweet, Mayor Bottoms said that she has had no symptoms and that the virus had “literally hit home.”

In recent weeks, the city of Atlanta and Mayor Bottoms has been in the spotlight as a result of the widespread protests over police brutality, racial discrimination and the killing of Rayshard Brooks, a Black man who was shot and killed by an Atlanta police officer in a Wendy’s parking lot.

Mayor Bottoms was previously critical of Georgia Gov. Brian Kemp’s decision to reopen the state’s economy in late April after restrictions had been put in place to try and stop the spread of the virus.

Georgia is among many states who are facing a surge in coronavirus cases. As of Monday, there have been over 97,000 reported cases and over 2,800 deaths according to the Georgia Department of Public Health.

Mayor Bottoms took office in 2017 and along with Kamala Harris, Elizabeth Warren and Val Demings is considered a top prospect to be Joe Biden’s running mate in the 2020 election. 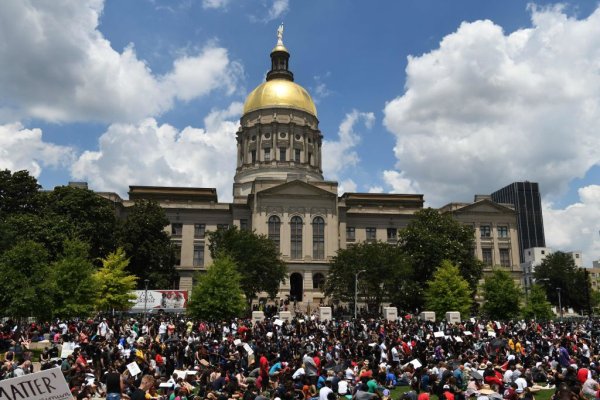