Kate Brown, governor of Oregon, speaks during an interview in Portland, Oregon, U.S. on Jan. 20, 2016.
Meg Roussos—Bloomberg via Getty Images
By Jasmine Aguilera

Oregon Gov. Kate Brown said Oregon State Troopers are not above the law after a group of them reportedly violated a statewide order for masks to be worn in public spaces.

According to The Oregonian, a group of State Troopers entered a coffee shop in Corvallis, Ore., on Wednesday without wearing masks, the same day a statewide mask mandate went into effect. In a video obtained by The Oregonian, four state troopers in uniform can be seen in the shop without masks. The video does not contain audio, but after the store’s assistant manager allegedly asked them to wear face coverings, one trooper said, “Governor Brown has no authority to take our civil liberties. We aren’t going to wear masks,” according to the newspaper.

In a Thursday statement shared on Facebook, Brown call the Trooper’s behavior “unacceptable.”

At least one of the troopers involved has been placed on administrative leave, according to The Oregonian. Oregon State Police did not immediately respond to TIME’s request for comment.

Hampton addressed the troops’ behavior in a public statement several hours after The Oregonian published its story.

“This conduct is embarrassing and indefensible, especially in the wake of thousands of Oregonians taking to the streets each day to rightfully demand police accountability,” he wrote. “Let me be clear, Oregon State Police Troopers are not above the law and this conduct is being immediately addressed. As the leader of the Oregon State Police, I would like to offer my apology to the coffee shop employees and the community.”

Brown announced the statewide mandate on July 1, the same day of the incident, after Oregon saw an uptick in COVID-19 cases.

On Thursday, the Oregon Health Authority announced a record breaking number of cases. “This yet again underscores the need for all Oregonians to continue physical distancing, wearing face coverings, limiting unnecessary travel and gatherings, and practicing good hand hygiene,” the authority shared on Twitter. 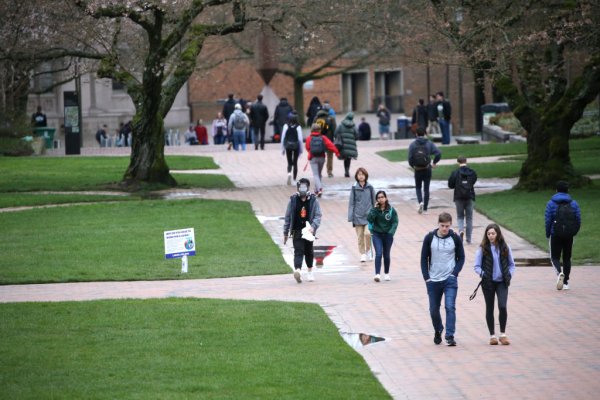