Prince Andrew, Duke of York, attends a commemoration service at Manchester Cathedral marking the 100th anniversary since the start of the Battle of the Somme. July 1, 2016 in Manchester, England.
Christopher Furlong—WPA Pool/Getty Images
By Mahita Gajanan

The arrest of Ghislaine Maxwell on Thursday on charges that she recruited underage girls to be sexually abused by convicted sex offender Jeffrey Epstein has brought renewed attention to his relationship with Prince Andrew, the Duke of York, who has been accused of having sex with a 17-year-old girl trafficked by Epstein.

Audrey Strauss, the acting U.S. attorney in Manhattan, said U.S. prosecutors would “welcome Prince Andrew coming in to talk to us” during a press conference announcing the charges against Maxwell on Thursday.

“We would like to have the benefit of his statement,” Strauss told reporters.

Virginia Roberts Giuffre, a survivor of Epstein’s abuse, has claimed he and Maxwell trafficked her to have sex with Prince Andrew three times when she was 17 in 2001, according to an affidavit included in a federal court filing made in the Southern District of Florida. One occasion, Giuffre alleges, included being made to have sex with Prince Andrew at Maxwell’s London townhouse. Prince Andrew has not been charged and has repeatedly denied Giuffre’s allegations and has said they never engaged in sexual activity. A spokesperson for the Duke of York did not immediately return TIME’s request for comment.

Maxwell, 58, has long been accused of recruiting and grooming girls for abuse by Epstein, who died in an apparent suicide in August 2019. An indictment unsealed on Thursday alleges that Maxwell conspired to entice minors to travel to engage in illegal sex acts and worked to transport minors with the intent engage them in criminal sexual activity. Maxwell has repeatedly denied the allegations made against her.

Giuffre has said in court filings that a widely-shared photo showing Prince Andrew with his arm around her with Maxwell seen smiling in the background was taken at Maxwell’s home in London before he had sex with her.

In a statement announcing that he would step back from public duties, Prince Andrew said he was “willing to help any appropriate law enforcement agency with their investigations.” 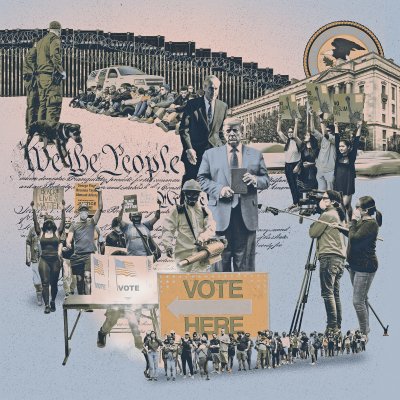 Inside the Legal Battles to Save Democracy From the Trump Administration
Next Up: Editor's Pick