A hungry boy who just wanted “two biscuits” — because who doesn’t want two biscuits, really? — broadcast his desire for sustenance to thousands of British TV viewers Wednesday when he interrupted his mother’s interview with Sky News.

In a plea all too familiar to parents cooped up at home with their children during the work day, Sky News foreign affairs editor Deborah Haynes is left pleading in turn with her son to “hold on, one second” as he enters her home office, and the frame, and continues his sweet tooth-inspired monologue.

“Mommy, can I have two biscuits?” he asks.

Haynes quickly submits to her son’s demands, saying that yes, he can indeed have two biscuits.

“I’m really sorry about that,” Haynes continued, describing herself as “very embarrassed” before the news segment cut back to news anchor Mark Austin. “We’ll leave Deborah Haynes in full flow there with some family duties,” he explained, because “that’s what happens during lockdown.”

Read more: How COVID-19 Has Created a Childcare Catch-22 for Working Families

The little boy’s clever cookie cameo was appreciated by many on social media, with people admiring his scene-stealing moment, relating to his love of baked good (and also noting there was no reason for Haynes, a working mom, to need to apologize for the moment either).

Look for him to up the ante and ask for three next time, then. 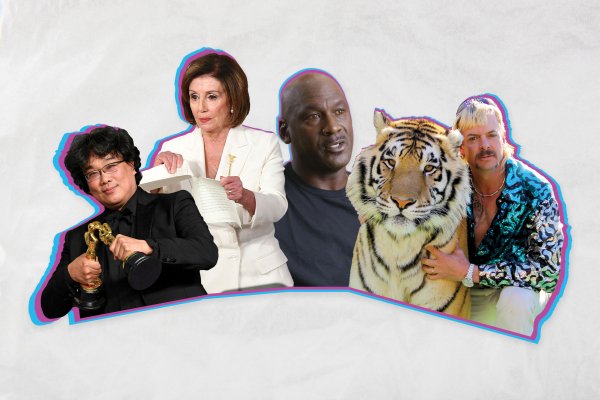 These Are the Best Memes of 2020 So Far
Next Up: Editor's Pick