Carl Reiner Was Funny. But His Greatest Gift Was Letting Others Shine

Carl Reiner photographed in May 1962 in Hollywood, Calif.
CBS/Getty Images
By Stephanie Zacharek

Carl Reiner, who died on June 29 of natural causes at age 98, was a writer, director, producer and actor, as well as the creator or co-creator of marvelous television shows and comedy routines from the early 1960s and beyond, works that have endured to this day. But until very recently, he was a nonagenarian living life, writing books, maintaining a lively and prolific left-leaning Twitter feed and getting together every night with his frequent collaborator and close friend of 70s years Mel Brooks: The two would have dinner on side-by-side TV trays while watching Jeopardy. This is what a life comes down to, and if you’re lucky and smart, maybe you’ll be able to do it the Carl Reiner way, finding what’s funny in the everyday until the very end.

When someone of Reiner’s age and stature dies, any assessment has to hit the high points, and for Reiner there were many: Born in the Bronx, he was raised in a family that took regular trips to the cinema to see Marx Brothers movies—you can hear flashes of the brothers’ peripatetic cadences, their vaguely surreal loopiness, in so many of the jokes Reiner wrote for others. In 1950 he got a gig as an actor and writer on Sid Caesar and Imogene Coca’s Your Show of Shows, where he first met Brooks. He went on to work on Caesar’s next show, Caesar’s Hour, with Brooks and an almost scarily gifted comedy brain trust that included Neil Simon, Woody Allen and Larry Gelbart. In the late 1950s he and Brooks developed the ongoing comedy sketch “The 2000 Year Old Man,” in which straight-man Reiner would ask Brooks, the esteemed ancient one, questions about the origins of such things as cheese and applause, and extract useful tips for longevity, such as “Never, ever touch fried food” and “Never run for a bus.”

Reiner directed films, too, beginning in the late 1960s, though his films from the 1970s and 1980s are the ones most will remember best: In 1977 he directed Oh, God!, in which a comedy legend of the generation preceding his, George Burns, played the deity of the title, an oldie, with a sense of humor, who’s seen it all. And in the 1980s he directed a run of films featuring a member of the then-upcoming generation, Steve Martin, among them The Jerk (1979) and The Man with Two Brains (1983), which contains one of the greatest jokes ever about unpronounceable names (occasioned by the meeting of a Dr. Hfuhruhurr and a Miss Anne Uumellmahaye, the latter a disembodied brain with the voice of an uncredited Sissy Spacek).

But Reiner himself said that his best work, the work that defined him, was The Dick Van Dyke Show (1961-1966), which he created and produced, and sometimes wrote and directed. Dick Van Dyke starred as television comedy writer Rob Petrie, who’d return from work in New York City every day to his modest but enviably modern little home in New Rochelle, greeted by his unassuming screwball-genius wife, Laura (Mary Tyler Moore), and son, Richie (Larry Matthews). The show’s gloriousness lies in its depiction of the ordinary: Reiner said, in an interview given shortly before he died, that he adamantly didn’t want to include any slang, or deal with any politics of the day. He just wanted the show to be about relationships. (Reiner himself was married for more than 60 years to the former Estelle Lebost, and the couple raised three children, including actor, writer, producer and director Rob Reiner.)

Today, the show feels dated only because of its ’60s suburban-mod—and ultra-white—setting. Yet the jokes themselves, and the way they’re delivered, are evergreen, stretching across decades with a surprising freshness. Reiner occasionally appeared on the series, as Alan Brady, the temperamental host of the show for which Rob writes: When he showed up, he was always a great presence, a semi-straight man with a wavy, wry aura about him. But his greatest gift was in the way he provided such a rich palette of colors for great comic actors, a place for their superb instincts and timing to flourish. And the show sometimes exhibited surprising depths. In a 1964 episode, “The Life and Love of Joe Coogan,” Rob meets, by happenstance, an old flame of Laura’s, Joe (Michael Forest), who wrote love sonnets to her before, sadly, losing her to another guy—who happens to be Rob. Unbeknownst to Rob—and, at first, to Laura—Joe is now a priest. The episode is funny, as all of them are, but it also contains a prickly, jealous confrontation, comic but also mildly painful, between Rob and Laura that hints at deeper truths: How much of yourself do you, should you, give up when you marry another person?

Late in the episode, Rob and Laura make up, and she shares one of Joe’s sonnets with her husband, which he reads aloud: “I reach out for thee and pray your hand be there to welcome mine/Your light to illume where my light be spent, where my soul is sore.” Those words must have come from Reiner, the sole writer credited on the episode. Reiner was not publicly religious; he called himself a Jewish atheist. But the lines of that sonnet speak of a man who was smart enough to know that every day should be spent reaching out toward something—to see if there might be something funny just around the bend, yes, but also just to see or hear something new. From the time-stamp on his last Tweet (in praise of the great writer, entertainer, wit and raconteur Noel Coward), Reiner appears to have sent it out sometime on the day he died. That’s a good way to leave this world: Reaching out to it with the faith that, somehow, it will reach back. 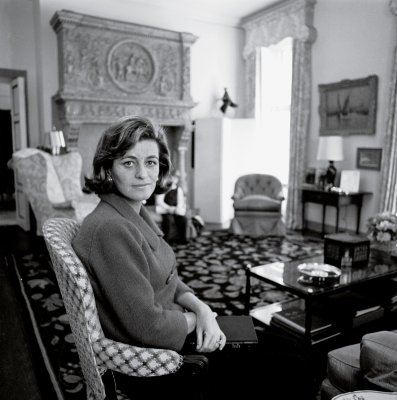