10 Powerful Inclusive and Anti-Racist Books for Kids and Teens

By Marley Dias and TIME for Kids

As Americans are turning to books on anti-racism and social justice to deepen their understanding of how to fight systemic racism, parents and caregivers are looking for suggestions for their young ones. Enter 15-year-old Marley Dias. In 2015, Dias founded the #1000BlackGirlBooks campaign with the aim of collecting and donating 1,000 books featuring a Black girl or woman protagonist to communities in need. Since then, Dias has reached her goal many times over, collecting and distributing more than 12,000 titles to date. The activist, who was included in TIME’s 2018 list of the 25 most influential teens, has also published a book of her own, Marley Dias Gets It Done: And So Can You, which offers guidance to young people on how to make change and a bibliography of 500 books with Black female protagonists.

TIME for Kids asked Dias to curate a list of book recommendations for readers of all grade levels. Some of her picks tackle the topic of race head-on, while others feature Black protagonists being their amazing selves. Here, Dias’ recommendations, in her own words.

Violet loves music and being creative, even when no one else wants to join her. An exploration of music and light, Violet’s Music features a girl who spends her whole life reaching for the stars and playing her heart out.

A curious, intelligent and spunky girl, Ada Twist wants to explore everything around her and make a little bit of a mess doing it. I sometimes make a mess of my room, so I understand Ada well.

One Word from Sophia by Jim Averbeck

Sophia wants a giraffe for her birthday so badly. She has to put her convincing skills to use in order to get the pet of her dreams. I did the same thing to my parents, and now I have a dog!

Buy Now: One Word from Sophia on Bookshop | Amazon

This book changed my life. It was the book that sparked the #1000BlackGirlBook campaign. My aunt gave this to me when I was 9, and I struggled to read it because I didn’t know much about poetry. But I reread it when I was 10 years old and I loved it. In the book, Woodson tells the stories of her upbringing. It’s personal and historical. It showed me the Civil Rights Movement through the eyes of a child. I had never seen that before. It also showed me the ways in which rural families were affected by white supremacy.

Deza is a smart girl trying to make her way through the Great Depression with her family. This story shows the importance of faith and family, the most unbreakable bonds. I think this book is relevant right now because so many families are facing hard times because of the pandemic.

I had a chance to go to Haiti in 2019, and it was a powerful trip. This story is told through the eyes of an 11-year-old Haitian girl, Serafina. Serafina has big dreams of becoming a doctor despite her little resources and education. Burg shares the empowering story of a young girl overcoming both physical and social challenges to achieve her goals.

Young Adult and Adult (Grades 6 and up)

The Hate U Give by Angie Thomas

One of my favorites ever, this story shares the realities of so many girls I know. Starr Carter has lived her whole life in a Black community but goes to school in a white private school, which leaves her subject to many microaggressions every day. After a tragic incident involving the police, Starr must figure out how to find justice and avoid disrupting her delicate social balance. (The movie is also a must-see.)

Buy Now: The Hate U Give on Bookshop | Amazon

The Bluest Eye by Toni Morrison

Although it is considered “controversial” in many schools, this is an incredible story that resonates today. The main character, Pecola, wants to have blue eyes and blonde hair because she thinks it will make her more beautiful. The book chronicles the changes she goes through to discover herself. It’s a classic because the issues she discusses are as important today as when it was published in 1970.

Let Me Hear a Rhyme by Tiffany D. Jackson

This is a great story of friendship and the complexity of adolescent relationships. Diving into police brutality and rap culture in the 1990s, Jackson does a great job of illustrating the way rap music informs Black culture.

Buy Now: Let Me Hear a Rhyme on Bookshop | Amazon

The Belles by Dhonielle Clayton

Clayton explores the ways in which Eurocentric beauty standards affect teenage Black girls in this dystopian fantasy story. It’s a really great read for teenagers struggling with identity issues. It showcases the unrealistic standards many of us set for ourselves. 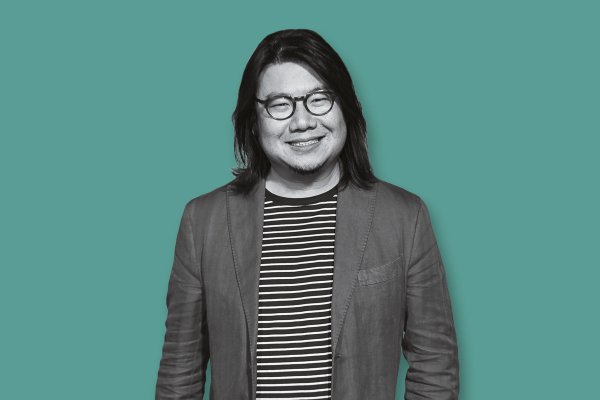 Kevin Kwan on His New Book, 'Sex and Vanity'
Next Up: Editor's Pick