Multiple police officers in Aurora, Co., have been placed on administrative leave over photographs that were allegedly taken of them near the site where Elijah McClain, a 23-year-old Black man, died in police custody last year, the Aurora Police Department said on Monday. It was not immediately clear what the photos depicted.

“Last Thursday afternoon, I was apprised of allegations reported to Internal Affairs by an Aurora police officer alleging multiple Aurora police officers were depicted in photographs near the site where Elijah McClain died,” Interim Chief of Police Vanessa Wilson said in a statement. All officers involved were placed on paid administrative leave, she continued.

Wilson said she “immediately ordered Internal Affairs to make this investigation their top priority” and said the “accelerated investigation was completed this evening.”

“This investigation will be publicly released in its entirety promptly upon its conclusion,” the statement continued “This will include reports, photographic evidence obtained, officer’s names, and my final determination which can rise to the level of termination.”

Wilson’s statement did not elaborate on the contents of the photographs nor when they were taken. The Aurora Police Department did not immediately respond to TIME’s request for comment.

McClain’s death has received renewed attention as protests to end systemic racism and police brutality have spread across the U.S. and around the world. On Thursday, Colorado Gov. Jared Polis confirmed that he had appointed the state’s Attorney General to investigate McClain’s death.

The 23-year-old was stopped by three police officers on Aug. 24, 2019, while walking home from a corner store after a 911 caller reported a “suspicious person.” McClain was wearing a ski mask while listening to music, and according to his family’s attorney, dancing as he walked. Police body camera footage shows McClain told officers that he was turning off his music so he could hear them before an officer tackled him to the ground.

The footage also shows an officer used a “carotic control hold,” or chokehold, on McClain, who can be heard saying he “can’t breathe.” When paramedics arrived they shot McClain with ketamine to sedate him, according to police. While on the way to the hospital McClain had a heart attack. He was declared brain dead three days later.

The three arresting police officers were all placed on administrative leave after McClain died, but have since been reinstated. 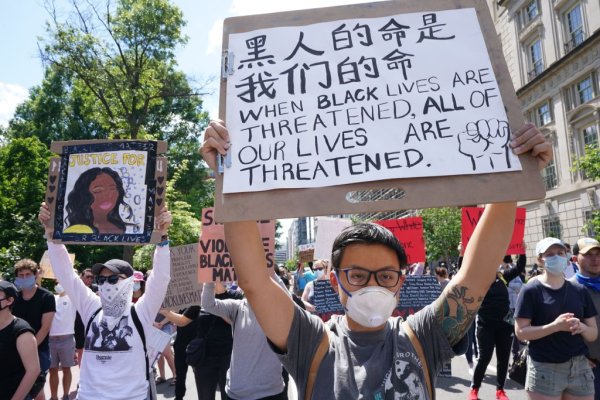 History and the Asian American Response to Black Lives Matter
Next Up: Editor's Pick