The Supreme Court Delivered a Surprise Win on Abortion Rights. Here's Why It's Not Enough

The U.S. Supreme Court in Washington, D.C., on June 29, 2020.
Patrick Semansky—AP
Ideas
By Kathryn Kolbert and Julie F. Kay
Kathryn Kolbert is a public-interest attorney who co-founded the Center for Reproductive Rights and argued the 1992 abortion rights case Planned Parenthood v. Casey before the Supreme Court
Julie F. Kay is a human rights attorney who has argued for abortion rights internationally including before the European Court of Human Rights in A, B and C vs. Ireland, which spurred liberalization of Ireland’s abortion law

This month the Supreme Court has been full of surprises, handing a completely unexpected win to supporters of abortion rights today. The ruling follows two surprising rulings issued last week, one protecting LGBTQ Americans from employment discrimination and the other preserving DACA after the Trump Administration failed to follow federal law when seeking to repeal the program. Is there hope for this Trump-infested Court after all?

The Court’s ruling today in June Medical v. Russo finds unconstitutional a Louisiana law that requires all abortion doctors to have admitting privileges at nearby hospitals. Louisiana lawmakers conceived the law as a strategy to put the abortion issue in front of a cadre of newly minted conservative justices and hoped it could be their ticket to dance with Trump-nominated Justices Neil Gorsuch and Brett Kavanaugh.

The trio of female justices – Elena Kagan, Sonia Sotomayor and Ruth Bader Ginsburg — joined in an opinion written by Justice Breyer to strike the law as unconstitutional. Combined with Chief Justice John Roberts’ concurring opinion, their votes constituted a majority ruling that the Louisiana law could not stand because it was identical to a Texas law the Court found unconstitutional just four years ago in Whole Woman’s Health v. Hellerstedt.

While abortion-rights supporters can breathe a sigh of relief for now, we should make no mistake about Justice Roberts’ intent. Up until now, he has never found an abortion restriction unconstitutional and has not had a feminist awakening. Roberts’ priority is to uphold the Court’s own precedent and the bedrock principle of stare decisis, literally “to stand by things decided” and ensure that the law is “not liable to waver with every new judge’s opinion.” As Chief Justice he is concerned about the institutional integrity of the Court, a revered branch of our government whose integrity the Senate severely damaged during the Kavanaugh hearings and one which the Trump has repeatedly and personally attacks.

The two of us have been litigating and advocating for abortion rights for decades. As we listened to the oral argument in June Medical this past March, it became clear that the Court’s anti-abortion boy-band members — Thomas, Alito, Gorsuch and Kavanaugh — were more fervent than ever to seize this case as an opportunity to erode abortion rights. In their questioning, they even impugned the integrity of the doctors by suggesting that they have a conflict of interest with their patients. We know that Roe v. Wade has been in peril for decades and many cases remain in the Supreme Court pipeline to soon provide the possibility for it to be overturned.

While the Court preserved Roe’s essential elements in 1992 in Planned Parenthood v. Casey, in ensuing years anti-abortion strategists have drastically limited abortion access at the state level, particularly for women of color, and low-income women and teens who are on the margins of health care access. Decades of state-level anti-abortion action, including 58 pieces of legislation enacted last year alone, have enabled states to impede access to abortion as long as these roadblocks and detours do not rise to being an “undue burden” on women seeking services, a determination increasingly left to conservative lower-court judges appointed by President Trump.

Ask any woman forced to travel twice to a clinic hundreds of miles from her home or to listen to an unnecessary litany of anti-abortion rhetoric and it’s clear what a barrier these laws create. Structural inequalities and racism in health care mean that low-income women and women of color already bear additional burdens in obtaining health care; new restrictions can put abortion entirely out of their reach.

This lack of abortion services nationwide, although exacerbated by the Trump Administration’s agenda, in reality is the outcome of a decades-long strategic plan by broader conservative forces. Electing Joe Biden to the presidency, saving what remains of Roe or funding Planned Parenthood will not be enough to bring about the change we need. To win back access to legal abortion, we must launch a broader strategy that calls for equity and autonomy in health care and personal decision-making.

Immediately, we need bold action to elect legislators who will vote to expand necessary health services to women throughout their lives and to provide support for women who must travel from abortion-hostile climates. For example, New York City now funds some abortion-related services for women traveling, while Austin just authorized transportation, childcare and other funds for its own residents to obtain abortion.

But short-term initiatives are insufficient. We need to expand our abortion advocacy to empower women to have the economic, social and political power and resources vital to determining the course of their sexuality, to support reproductive justice including when, whether and with whom to have children and raise them in safe and sustainable communities. To do so requires audacious, long-term goals and planning.

We propose a constitutional amendment that would guarantee gender equity, procreative and sexual freedom and economic rights throughout a person’s lifetime. This new, supercharged constitutional amendment would go beyond the Equal Rights Amendment of the 1970s and recognize the intersection of gender and race discrimination that further constrains the lives of women of color.

Beyond safeguarding Roe, this approach more effectively advances gender and racial equity. It gives us a tool to attack our appalling maternal and infant mortality rates in the Black community. It would guarantee equal pay vital to the economic security of low-income women and provide robust legal remedies against sexual violence, harassment at work and domestic violence at home for all who live within our borders. By censuring harmful sexual stereotypes, it would further curtail discrimination against LGBTQ persons in all aspects of daily life. Imagine weaving into our constitution a human-rights framework that holds our government responsible for ensuring access to key services and programs, protecting those most marginalized, excluded or discriminated populations and advancing a basic standard of living, liberty and dignity for all individuals.

Although the Court’s ruling was a surprising victory, we cannot be complacent and rely upon the federal courts to preserve women’s autonomy. Let’s use today’s ruling as a rallying cry for a bold, inclusive and sustained response. 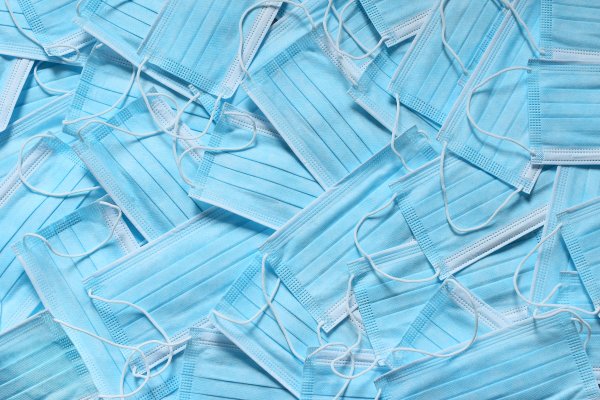 Masks Are Effective Way to Limit COVID-19
Next Up: Editor's Pick