The Starbucks logo is reflected on a window outside the coffee chain's store on June 24, 2020 in The Hague, Netherlands.
Yuriko Nakao/Getty Images
By Sanya Mansoor

Starbucks announced in a statement Sunday that the global coffee chain would “pause advertising on all social media platforms” as it works to address how to “stop the spread of hate speech.”

The moves comes as dozens of companies, including Coca-Cola, The North Face, Honda, Levi’s, Patagonia, Unilever and Verizon have joined the #StopHateForProfit campaign to temporarily pause advertising on Facebook and Instagram. Starbucks did not say it would be joining the campaign, which intends to protest hate and disinformation being spread on Facebook, and it is not listed as one of the participating businesses.

“We believe in bringing communities together, both in person and online, and we stand against hate speech,” the company’s statement said. “We believe more must be done to create welcoming and inclusive online communities, and we believe both business leaders and policy makers need to come together to affect real change.”

Starbucks confirmed to TIME that this pause on social media advertising would not include YouTube. The coffee chain does not consider the video platform a social media platform per se and they said they’re already working with site to ensure appropriate guidelines. Starbucks also confirmed that it will continue posting on social media, but will refrain from paid promotions.

Additionally, Starbucks confirmed to TIME that it would not be signing up for the #StopHateForProfit campaign and pledged its support to have conversations internally and with social media platforms about what parameters should look like regarding hate speech.

As the #StopHateForProfit campaign grew, Facebook CEO Mark Zuckerberg pledged some changes on Friday in a post on the website. He said the company would change its policies to ban hate speech in advertisements. Those new rules would ban ads that claim people from a specific race, ethnicity, nationality, caste, gender, sexual orientation or immigration origin are a threat to the physical safety or health of anyone else, Zuckerberg said. Zuckerberg also said Facebook would look to stop advertising on the platform which expressed contempt or disgust towards immigrants, migrants, refugees and asylum-seekers.

Facebook’s website says “we remove hate speech, harassment, threats of violence and other content that has the potential to silence others or cause harm.”

But the Stop Hate for Profit Campaign is not satisfied with his remarks, calling them “small changes” instead of systemic solutions. The campaign details a list of 10 recommended policies as a starting point. They include calls to “stop recommending or otherwise amplifying groups or content from groups associated with hate, misinformation or conspiracies to users” and to “find and remove public and private groups focused on white supremacy, militia, antisemitism, violent conspiracies, Holocaust denialism, vaccine misinformation and climate denialism.”

Facebook has long faced accusations of failing to address the spread of hate speech, especially in languages other than English and criticism has often come from within its own ranks. Dozens of Facebook employees staged a virtual walk out earlier this month, in protest of the company’s decision not to take action on inflammatory posts by President Donald Trump, who said “when the looting starts, the shooting starts,” in response to nationwide protests over Georgia Floyd’s death. Many criticized the threat of violence against protesters and Black people. Twitter let Trump’s message remain on the platform, but flagged it as violating the “Twitter Rules about glorifying violence,” while Facebook left the message alone. 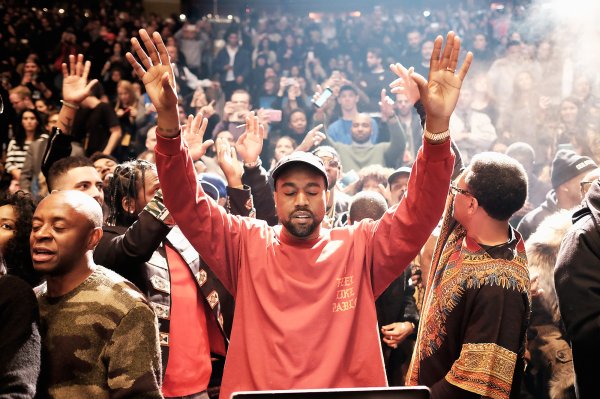