On Sunday, President Donald Trump thanked some of his supporters in Florida by retweeting a video of people driving golf carts confronting anti-Trump protesters. Early in the video one of the supposed Trump supporters on a golf cars shouts “white power” with his fist raised at protesters.

The two-minute video that Trump had retweeted identifies the scene as “seniors from The Villages in Florida protesting against each other.” As an unidentified man and woman drive by in a golf cart decked with signs that say “Trump 2020” and “America First”, they slow down to address protesters, one of whom is holding a sign that says “Make America Sane Again.” As a protester chants “racist” repeatedly at the duo, the man responds by saying “white power” and raises his fist. The rest of the video shows continued tense verbal confrontations between the two groups.

Trump’s endorsement of these supporters — and the subsequent “white power” remark — comes amid more than a month of nationwide protests against institutional racism and police brutality following the May 25 killing of George Floyd.

After Trump deleted the retweet, White House Spokesperson Judd Deere denied in a statement that the President heard the “white power” comment.

“President Trump is a big fan of The Villages,” Deere said, referring to the senior community where the video was reportedly filmed. “He did not hear the one statement made on the video. What he did see was tremendous enthusiasm from his many supporters.”

When asked about the video on CNN’s State of the Union on Sunday morning, Secretary of Health and Human Services Alex Azar said he hadn’t seen the tweet, but defended Trump against accusations of supporting white supremacy. 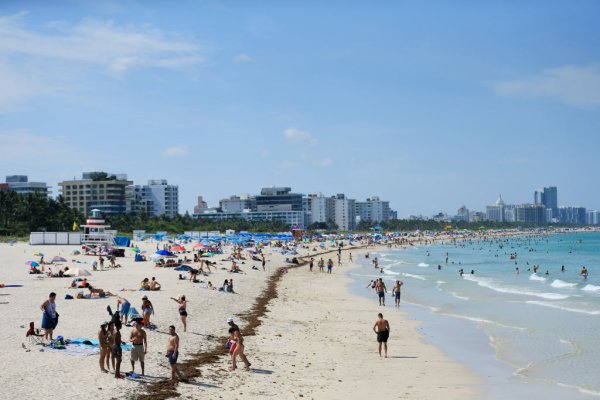