Unilever Will Drop the Word 'Fair' From its Skin-Lightening Creams. Experts Say It Does Not Combat Colorism

As worldwide protests against the police killing of George Floyd have sparked a reexamination and rejection of the ways racism touches all aspects of life, Unilever and its Indian subsidiary, Hindustan Unilever Limited, announced this week plans to rebrand its best selling skin lightening cream, Fair & Lovely, following widespread criticism that it promotes beauty ideals borne out of racist standards.

Unilever will drop the word “Fair” from the cream’s title and remove the words “fair/fairness,” “white/whitening,” and “light/lightening” from its branding and packaging. The move follows years-long criticism over Fair & Lovely and the way in which its marketing campaigns have emphasized light skin as a positive quality in a person—which, in turn, furthers colorism, or the discrimination against people with darker skin tones. But taking away words like “fairness” and “white,” experts say, mark a small step forward in a much larger project of chipping away at the issues perpetuated by colorism.

“Just removing the word ‘fair’ is not enough,” says Radhika Parameswaran, a professor of gender and media studies at Indiana University Bloomington, who studies the effects of racism and colorism in India and across South Asia. “It’s a global phenomenon. There’s this idea that the powerful have always been light-skinned.”

Colorism manifests in myriad ways in most cultures, according to Parameswaran. In India, where Fair & Lovely reportedly holds 70% of the market share of the country’s skin-lightening industry, colorism is informed by the forces of colonialism, caste-based systems and globalization, making the specific form of discrimination a part of everyday life. According to Parameswaran, it can be seen on the individual front, within families, where lighter-skin children receive preferential treatment, and within institutions, like workplaces, where people feel they have to present as lighter to succeed.

Fair & Lovely, which became available in India in 1975 and soon hit markets in other Asian countries, like Bangladesh, Sri Lanka, Pakistan and Thailand, entered the culture at a time when few other cosmetic products were accessible and has since typically been marketed to lower-income groups. The cream saw a boom in sales in the 1990s, according to Parameswaran, right as a generation coming of age found new employment opportunities in retail sectors and other sales jobs. Buying beauty products like Fair & Lovely became a symbol of having disposable income, as well as an effort toward having lighter skin, she says.

“People want to buy into a dream of upward mobility,” Parameswaran says. “They use whatever tools to obtain that. Do people using skin lightening creams believe they work? They may not. Nevertheless, it’s signaling that you have a certain kind of power you didn’t have before.”

Unilever’s decision comes after Johnson & Johnson announced last week that it would stop selling products that claim to reduce dark spots but are often used for their skin-lightening effects, and follows a push across several industries to address the use of racist stereotypes in advertising as Black Lives Matter protests continue.

“We recognise that the use of the words ‘fair’, ‘white’ and ‘light’ suggest a singular ideal of beauty that we don’t think is right, and we want to address this,” Sunny Jain, Unilever’s president of beauty and personal care, said in a statement released Thursday. “As we’re evolving the way that we communicate the skin benefits of our products that deliver radiant and even tone skin, it’s also important to change the language we use.”

In an email to TIME about concerns that the move does not address the deeper problems around colorism, a Unilever spokesperson said the decision to remove references to words like “fair/fairness,” “white/whitening,” and “light/lightening” is “part of an ongoing evolution of our skin care portfolio” that will include expanding its advertising to feature women of different skin tones.

“We are fully committed to caring for and celebrating all skin tones, and we are translating this belief into action with our future skin care innovations, products and brand ranges and communications,” the spokesperson said. “The name change is not the end destination.”

The rebranding effort comes off as a marketing ploy to Mirusha Yogarajah, a filmmaker and writer of Sri Lankan Tamil descent, who, in 2015, modeled in a series by Pax Jones, a Black photographer, called “Unfair & Lovely” to celebrate dark-skinned women and to call attention to the insidiousness of colorism. Changing the Fair & Lovely name does not address how colorism is “very, very prevalent within our community,” she says.

Yogarajah, 26, recalls her extended family members using Fair & Lovely on their young daughters while she was growing up.

“I have dark cousins, and they’re just so degraded,” she says. “If a child doesn’t do a task or a chore, instead of addressing the chore itself, it would become an attack on their dark skin. It’s just an easy way to attack them. They’re children. It makes no sense.”

The global movement against racism has put scrutiny on many public-facing ventures that have earned money by promoting racist tropes, from Quaker Oats saying it would change its Aunt Jemima brand, which is based on a racist stereotype, to HBO Max adding contextual videos to Gone With the Wind to explain how the film glorified slavery. By distancing itself from words like “white” and “fair,” Unilever has joined with several companies making changes in recent weeks. But without true structural shifts, these moves are relatively superficial, according to Parameswaran.

“For colorism to even head toward something like ending, there has to be a multi-frontal campaign to end it. Start within families and school systems. Change the books we read and the illustrations we look at. Change marriage practices,” she says. “Undo white supremacy in general.” 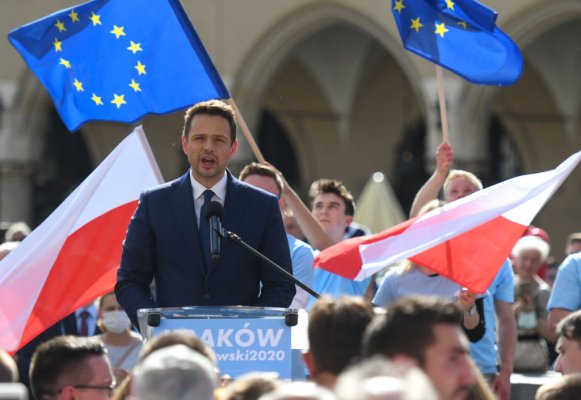 What Poland's Elections Mean for the Future of Europe
Next Up: Editor's Pick