A couple look at the sea as a vast cloud of Sahara dust is blanketing the city of Havana on June 24, 2020. A massive cloud of Saharan dust darkened much of Cuba on Wednesday and began to affect air quality in Florida, sparking warnings to people with respiratory illnesses to stay home.
Yamil Lage—Getty Images
By Mélissa Godin

A large desert dust plume from the Sahara desert in north Africa is closing in on the United States. The cloud—which has been called the Godzilla Dust Cloud—forms annually but is significantly larger this year.

“This is the most significant event in the past 50 years,” Pablo Méndez Lázaro, from the University of Puerto Rico’s School of Public Health, told the Associated Press. “Conditions are dangerous in many Caribbean islands.”

The dust plume, which has been traversing thousands of feet above the Atlantic ocean, arrived in central America earlier this week, covering the majority of the central and western Gulf of Mexico with haze engulfing the region.

On Thursday, the cloud arrived in Texas and is expected to keep moving towards the northeast over the weekend.

Although the cloud has already worsened air quality in the United States, the dry and warm air of the dust plume tends to inhibit the development of hurricanes, according to the National Oceanic and Atmospheric Administration.

On satellite imagery, dust plumes are typically difficult to spot. But this year, the cloud could clearly be seen from space. On June 21, astronaut Doug Hurlet tweeted a photo of the cloud, writing “We flew over this Saharan dust plume today in the west central Atlantic. Amazing how large an area it covers!” 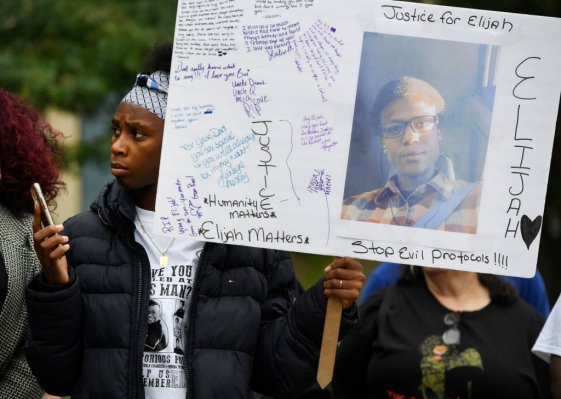