Corporations Say 'Black Lives Matter.' Here's What They Need to Do to Show They Mean It

A memorial to George Floyd on June 13 near the site where Floyd died in Minneapolis
Kerem Yucel—AFP/Getty Images
Ideas
By Pamela Newkirk
Newkirk is the author of Diversity, Inc.: The Failed Promise of a Billion-Dollar Business

For 8 min. 46 sec., “I can’t breathe,” the plaintive refrain of a prone and pleading George Floyd, commanded the screen of a ViacomCBS video. Amid nationwide protests after Floyd’s death and polls showing widespread support for Black Lives Matter, the video was among hundreds of corporate efforts to co-opt a rallying cry of the movement. Leaders in the arts, finance, publishing, fashion, entertainment and sports proclaimed, “Black lives matter,” participated in #BlackOutTuesday and pledged millions of dollars to groups devoted to racial justice.

Largely left unspoken is how many of these institutions routinely exclude or marginalize people of color. Black people, who make up 13% of the U.S. population, represent just 3% of workers at the top 75 tech firms and 1.8% of law partners. Between 1985 and 2014, the proportion of Black men in management at U.S. companies with 100 or more employees crept from 3% to 3.3%. And while people of color are roughly 40% of the population, they make up around 4% of Fortune 500 CEOs.

Rather than diversifying their workforces, boards and leadership teams, many institutions have financed pricey diversity efforts that consistently fail to increase racial representation. For instance, Facebook, which on June 1 pledged $10 million to organizations that combat racial inequity, has devoted millions to diversity initiatives, to little avail. Its latest diversity report shows that the proportion of Black and Hispanic employees combined went from 8.4% in 2018 to 9% in 2019. Instead of investing in more studies and anti-bias training, the tech industry could enlist the growing number of Black and Latinx graduates with computer-science and engineering degrees, and redirect resources to underserved urban schools.

Institutions should conduct audits of employee demographics along racial and gender lines and across job categories to detect and disrupt patterns of bias that have metastasized in unequal hiring, salaries, promotions and, in the case of cultural organizations, offensive iconography. They should also set timelines and incentivize diversity the same way they do profits and innovation. Research shows that greater racial diversity would improve both.

On June 4, Vogue editor Anna Wintour emailed colleagues, saying the magazine had not “found enough ways to elevate and give space to Black editors, writers, photographers, designers and other creators” and “made mistakes too, publishing images or stories that have been hurtful or intolerant.” Those oversights are all too common in every influential field.

Racial injustice is not an abstraction, and institutions can root it out in their midst. But this requires an honest encounter with our airbrushed history, pervasive racial illiteracy and systemic inequities. It is not enough for NFL commissioner Roger Goodell to condemn “systematic oppression of Black people,” or apologize for not listening to players earlier. He must reassess practices that have allowed coaches and executives to remain overwhelmingly white in a league in which players are nearly 70% Black.

The lightning speed with which Confederate statues are toppling and police reforms are being made illustrates that achieving racial justice does not require more time and strategies–only will. The gradualism that has defined racial progress must be superseded by the swift systemic change that a wide swath of America finally agrees is overdue.

Newkirk is a professor of journalism at NYU and the author of Diversity, Inc.: The Failed Promise of a Billion-Dollar Business

Most Popular on TIME
1
Biden to Propose Citizenship Path for Immigrants
2
Donald Trump Is on His Way Out of the White House, But Not Our Lives
3
How mRNA Tech Gave Us the 1st COVID-19 Vaccines 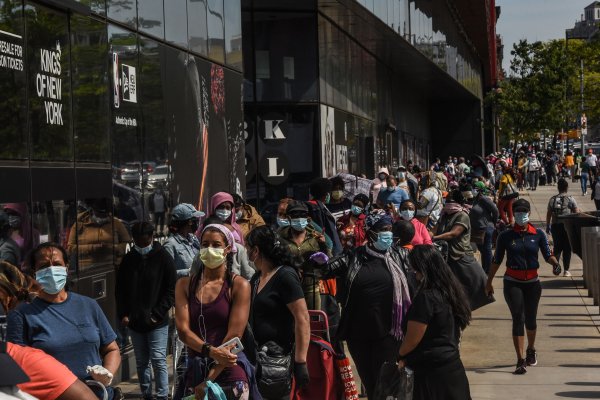 Welcome to the First Global Economic Depression of Our Lifetimes
Next Up: Editor's Pick