U.S. soldiers load aid onto a helicopter in January 2010 in Port-au-Prince, Haiti, after a devastating earthquake
Logan Abassi—MINUSTAH/Getty Images
Ideas
By James Stavridis
Admiral Stavridis (Ret.), a TIME Contributing Editor, was the 16th Supreme Allied Commander at NATO and is an Operating Executive at The Carlyle Group. His new book is 2034: A Novel of the Next World War. His previous nonfiction book was Sailing True North: Ten Admirals and the Voyage of Character

Amid all the long-needed national debate following the murder of George Floyd, one element is emerging as particularly polarizing: the discussion over “defunding the police.” The phrase has come to mean a wide variety of possible actions–from shutting down entire police departments to shifting some level of funding from police to social services. It is a discussion that is long overdue and wrapped up in highly disparate viewpoints of policing in the country. The Department of Defense’s experience internationally can offer some insights to this debate.

For much of my career as a senior military officer, I was an advocate for what the military calls “soft power.” This is the application of Department of Defense resources for international activities other than combat operations (which we call “hard power”). This came into focus for me during my time as Commander of U.S. Southern Command, in charge of all military operations south of the U.S. in Central America, the Caribbean and South America. From the moment I took command, I did all I could to channel our vast military resources toward the conduct of soft power.

All of this paid strong benefits. The governments of the region applauded this enhanced soft-power version of U.S. military operations, and it became easier to compete with those on the far left (like Hugo Chávez of Venezuela and Evo Morales of Bolivia) who would often point to our “militarized approach” in the region. Of course, we continued to maintain our hard-power capability, and our work in Colombia against terrorists and in counternarcotics required us to do so. But in counternarcotics, for example, we have learned that hard power has been a failure in the so-called war on drugs. Far more effective have been education, alternative opportunities for employment and social-support networks.

In the context of defunding the police, the first lesson of the military experience is that it depends on the region. I could afford to change our priorities in Latin America where the probability of hard combat was low. As we think about how to shift resources from hard policing to the soft-power side, it should be a very local discussion. This will be challenging as we sort out where police are necessary–against entrenched gangs, say, or violent sex-trafficking rings. But there are plenty of examples today in policing where hard-power approaches are failing and the long-term damage to communities is evident.

Second, and this is good news, soft power is much less expensive. The training and preparation of hard policing will be much more expensive than the soft power of trained counselors, social programs, counterdrug education and after-school employment opportunities. We have found that in the military.

Third, when given the opportunity to participate in soft-power operations, the vast majority of military personnel find it deeply rewarding. After I left Latin America, I became the Supreme Allied Commander of NATO, leading the NATO mission in Afghanistan with around 150,000 troops. I discovered even there that the soft-power tools of clinics, education for girls, agricultural improvements, road building and counternarcotics were more effective and probably the most lasting thing we did in the country.

For our police departments, I believe the vast majority of officers would be willing participants in soft-power operations in their own municipalities. These could run the gamut of partnering with social workers in response teams for domestic violence; helping conduct clinics on fitness and sports; participating in educational events alongside teachers in our schools; volunteering in mentoring programs; and working paid hours supporting homeless shelters and food kitchens. Some cities do this with great success, but too often there is a sharp divide between the hard- and soft-power sides of the equation–incorporating the police into the solution would be powerful.

No analogy is ever perfect, but soft power is really about shifting toward a policing strategy across this country that understands the need for police to stop murders but also sees that helping out a community might be the best way to do that. 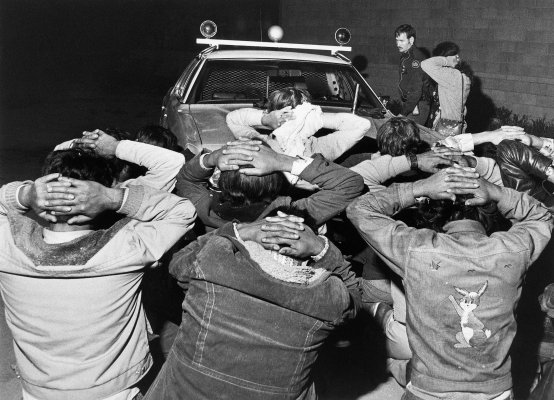 U.S. Immigration Policy Toward Mexican Migrants Has Changed
Next Up: Editor's Pick