The Food World Needs to Listen to the Real Cultural Experts, Not Just Use Their Ingredients

Founded by a couple from Mexican immigrant families, Elemi is known for its homemade tortillas
Aaron Montes
Ideas
By Padma Lakshmi
Lakshmi is the host and creator of Taste the Nation, a new show on Hulu that tells stories of the food of immigrants, African Americans and Native Americans.

Over 20 years in the food world, I have watched talented chefs and leading restaurants across the country help build a New American cuisine—which often came to mean French technique using Asian, African, Middle Eastern, and Latin American ingredients like yuzu and turmeric, berbere, poblanos and zaatar.

Usually white and American-born, these chefs generally treated the ingredients as experimental inputs, not parts of other people’s experience and history. This approach trickled down to food websites and magazines presenting recipes to Americans cooking at home.

As an Indian immigrant, I realized there was more to the stories of these foods. To hear these stories, I spent the past year traveling across the United States talking with immigrant, African American and Native American home cooks, chefs, food historians and restaurateurs. “There’s the dish and then there’s the hands that prepare and serve the dish,” Mark Padoongpatt, a Thai American academic at the University of Nevada, told me.

In El Paso, I met Kristal and Emiliano Marentes, a wife and husband from Mexican immigrant families who had recently opened their own restaurant, Elemi. Recalling the tortillas of their childhoods, which their mothers used to cross the border to buy in Juárez, Mexico, they decided to make corn tortillas by hand.

It’s a complicated, millennia-old process that involves soaking ground heirloom corn in an alkaline solution to supercharge the nutritional content and make it more digestible. Pressed and cooked, the tortillas were gorgeous teal discs. Adding confited mushrooms, oozy, salty quesillo cheese, and beans cooked with hoja santa, avocado leaves, and epazote, Emiliano showed me how to make the best taco I have ever tasted.

Stories, it turns out, add flavor.

But flavor is not generally the most important part of the story.

“It’s hard for me to think that people are going to accept my tortillas before they accept my cousins,” Emiliano told me. His cousins are Mexican citizens on the other side of the border, now so heavily militarized that his family doesn’t often visit.

I found that in investigating food, I sometimes learned about shameful periods of U.S. history that we have yet to fully reckon with.

In Phoenix, I met Andi Murphy, a Navajo journalist who hosts Toasted Sister, a podcast on indigenous food. She told me the story of fry bread, which is fried dough, sometimes sprinkled with sugar—perhaps the best-known Native American food. Except it turns out it is not originally Native American at all, since none of its ingredients are native to this land.

The bread was first fried in the 1860s, when the government forced more than 10,000 Navajo people in Arizona to trek up to 450 miles away from their cornfields, orchards and flocks of sheep to a detention camp in New Mexico. Thousands died. To avert mass starvation, officials distributed flour, sugar, and lard, which people cooked into bread.

“I had a lot of self-loathing,” Murphy told me, “until I learned this history.”

On the South Carolina coast, I found myself on a boat in a reedy marsh off Wadmalaw Island, heaving up crabs in a trap with Keith Smiley, a local crabber. Later, chef BJ Dennis came over to the Smileys’ property to show me how to boil the crabs and fry them with rice. Smiley and Dennis are Gullah Geechee, part of a distinct culture of African Americans from the coastal region stretching from North Carolina to Florida. Many of their ancestors came from West Africa’s rice-growing regions; they were forced into slavery and recruited by white slaveowners for their knowledge and skill in flooding and drying rice paddies.

Dennis grew up in Charleston visiting nearby rural Wando, to see his grandfather, who showed him how to bank sugarcane by burying it through the winter for replanting in the spring. He would catch shrimp and fish and dry it on the roof of his home under the hot sun. He told stories of his own youth when his family grew rice in their yard—his mother would pound the rice on Saturday for Sunday dinner.

The rice and the pounding came from Africa. The sugarcane had been introduced during slavery as a cash crop. The seafood and fish were caught from the fecundity of the marsh.

This was not simply the scraps from the master’s table. This was one of about a half-dozen complex and regionally distinct African American cuisines that contained a history I had never encountered in school or in my work with chefs.

For Dennis, a whole value system was wrapped into these foods, he said—”being self-sustaining and taking care of family”—and his grandfather entrusted him with carrying this on. “He said, ‘One day, you’re going to have to survive the old ways.’”

For me, too, growing up in New York City, food represented the old ways—our old life in India and the people we left behind. Each summer when I visited my relatives in Madras (now Chennai), my aunts and grandmother would pack a suitcase for me to take home filled with oily pickles, white turmeric, sambar powder, and dried green mango and dried lotus root. Back in New York, my mother, a single parent, would spend her weekends with me gathering South Indian ingredients at little stores throughout the city and wake at 5:30 a.m. each day to cook dinner for me before her shift as a nurse in a hospital.

How can American chefs talk about turmeric without knowing a thing about the Indians like my mother, who brought it here—and who understand its use in dozens of recipes, its role in Hindu rites, its centrality as an anti-inflammatory in ancient Ayurvedic medicine, and its part in the spice trade that propelled European voyagers to the Americas?

I’m not saying you can’t sprinkle some turmeric into soup at home without paying tribute to my mom. I’m saying that professional chefs, food editors, food writers and recipe creators—the tastemakers of the food world—should stop cherry-picking what they want from a culture and claiming it as their own. They should start seeking out and listening to the real cultural experts.

I’ve made my own mistakes. I cringe now at the title of my first cookbook, Easy Exotic, my attempt to make foreign recipes accessible to Americans.

Food is an important part of our American collective experience, our culture. We should be honest about our inspirations, actively create space in our fields for people of color, especially African Americans, and solicit and value their stories. 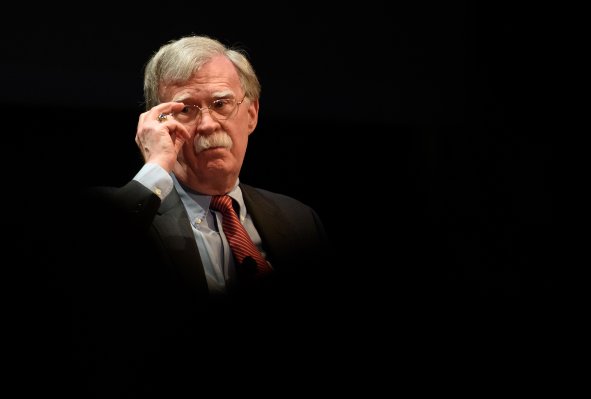 Bolton's Book Won’t Make a Difference in Trumpland
Next Up: Editor's Pick