Jabin Botsford–The Washington Post/Getty Images
Ideas
By Joyce White Vance
Vance is distinguished professor of the practice of law at the University of Alabama, a former U.S. Attorney for the Northern District of Alabama and an NBC News and MSNBC legal analyst.

Although the office of the Attorney General and the U.S. Attorneys came into existence in the early days of the Republic, the Department of Justice was created by an act of Congress 150 years ago today.

Justice, as the last few weeks of nationwide protests have reminded us, is imperfect and aspirational. But the tradition of the Justice Department has been to move forward and expand protections to life, liberty and the pursuit of happiness over time. Instead of honoring the best traditions of the Justice Department on the occasion of its birthday, the current incumbent of the Attorney General’s office chose to dishonor the department he took an oath to serve this weekend when he clumsily attempted to fire Geoffrey Berman, the U.S. Attorney for the Southern District of New York, by lying and saying Berman was resigning.

In December 1940, Robert Jackson, a much revered Attorney General who went on to be a Supreme Court Justice, called all of the U.S. Attorneys across the country to the District of Columbia for an august assembly he called “one of the most powerful peace-time forces known to our country.” Jackson told his top prosecutors that while there should be some national uniformity in policy, “[I]t is an unusual and rare instance in which the local district attorney should be superseded in the handling of litigation, except where he requests help of Washington.”

That tradition of independence from Washington’s control in the prosecution of criminal cases became inculcated in the culture of DOJ in the following years. While the department might establish nationwide policies on both substantive and procedural issues, the conduct of a specific criminal case was largely reserved to the appropriate U.S. Attorney in their respective district. The independence of the U.S. Attorneys contributed to the public’s perception of their integrity and this freedom from political interference was central to the mission of doing justice.

From Bill Barr’s first steps as Attorney General — foisting a false narrative about the Mueller report on the American people in an effort to protect his new boss — Barr has been willing to forsake the traditions of DOJ that protect the integrity of its prosecutions in the service of Trump’s interests. If he ever truly was an institutionalist who believed in the rule of law, something his proponents claimed during nomination, he lost his way a long time ago. And perhaps nowhere has this been truer, or at least more blatantly public, than with Barr’s initial failed attempt and subsequent successful firing of the U.S. Attorney for the Southern District of New York, an office so protective of its notorious independence that it is widely referred to as the Sovereign District of New York.

As we all now know, Barr first claimed that Berman had resigned, which he knew was not true. After Berman refuted the claim on Twitter and legal scholars pointed out only the President could fire a court-appointed U.S. Attorney like Berman, Barr had to resort to telling Berman the President had fired him. Although the President denied he was involved, Berman stepped down once it was confirmed that his deputy, a career prosecutor with serious chops, would fill his shoes, at least for the moment.

U.S. Attorneys serve at the pleasure of the President. Although Berman’s situation was unusual because he was not Senate-confirmed, even with this quirk, there were legitimate ways Trump and Barr could have chosen to replace him. So the real question is, why did Barr concoct the transparent lie about Berman resigning? It was almost sure to come to light, despite Barr’s late-Friday-night gambit. Why did Barr subject himself and Trump to ridicule and controversy to get Berman out of the way? The answer to that question is important. The independence of the Justice Department and its U.S. Attorneys may well turn on it.

There is plenty of speculation over the reason. It could have been animus over Berman’s prosecutions of Trump cronies or concern regarding ongoing cases. The Southern District’s jurisdiction is broad and the President’s business and now-defunct foundation lie within its borders. Berman is known to have subpoenaed information regarding the President’s inauguration. He is also investigating Deutsche Bank, which made loans worth over $1 billion at a time other banks were hesitant to make loans to pre-presidency Trump, and John Bolton has claimed the President wanted to interfere in the prosecution of a Turkish bank. But Barr isn’t saying why he so desperately wanted to remove Berman from the U.S. Attorney’s office in the Southern District of New York. We only know that it wasn’t competence or performance, as Barr said he offered him the job of Assistant Attorney General for the Civil Division, considered a plum role at DOJ. And one thing that is certain is that Barr would not have lied about the decision to remove Berman if it was a legitimate one, made in good faith.

We need answers to the questions that stem from Barr’s misbegotten Friday night massacre. Only Congress, or perhaps the press, can get them. With five months to go until the election, we cannot afford to wait. Congress must subpoena both Barr and Berman.

Berman is now free to testify about whatever pressure was brought to bear upon him during his tenure, even if he may not discuss non-public details of the investigations he was pursuing. Barr is another matter. He canceled scheduled testimony before the House Judiciary Committee in May 2019 after the Committee voted to permit questioning by staff attorneys, who went on to perform so impressively during impeachment. Following a year-long dance with the Committee over his unwillingness to submit to Congressional oversight regarding the Mueller report, Barr was scheduled to testify on March 31. Prior to that hearing, House Democrats noted their intention to question Barr about the removal of another U.S. Attorney, Jessie Liu, in Washington, D.C., who was overseeing the Roger Stone and Michael Flynn prosecutions. Stone’s prosecution had become the subject of controversy due to the Attorney General’s personal interference. Liu was promised another high-ranking job, which failed to materialize after she left the D.C. office and House Democrats wanted to know why. Barr ducked the hearing in March after the coronavirus threat emerged.

It’s time for the House to force Bill Barr to testify and answer the questions the American people have for him. Even if one were to accept Barr’s fringe views about the expansiveness of the powers a President possesses, nothing in the Constitution creates an all-powerful Attorney General. He and his department are accountable to Congress and to the American people, and it’s time to remind him of that. A subpoena to Barr would be a fitting birthday present for the Department of Justice. 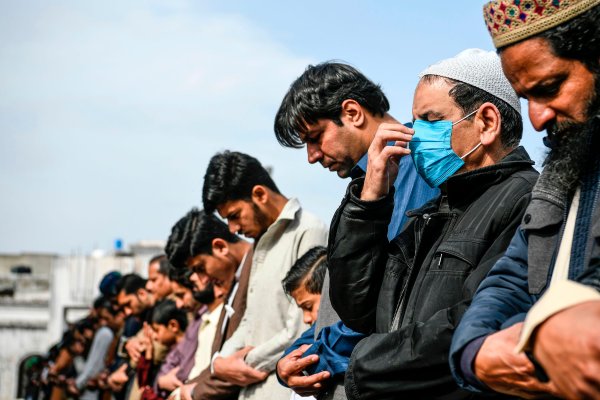 Pakistan Lurches from Crisis to Crisis
Next Up: Editor's Pick