How Baseball Misread the Pandemic Moment

Baseball should be the first U.S. major team sport to return from the COVID-19 pandemic. It makes too much sense: The game lends itself to social distancing, and the season corresponds with summer. July 4th could have been a unifying opening day celebration.

Instead, fans are about fed up with the national pastime.

It’s one thing if safety concerns had delayed baseball’s return to the field, or even scrapped the season. Health worries are well-founded: on June 19th, after a coronavirus outbreak at the Philadelphia Phillies spring training facility in Clearwater, Fla. resulted in five players and three staff members testing positive for COVID-19, and a Toronto Blue Jays player showed symptoms at the team’s Dunedin, Fla complex, teams moved to shut down spring training in Arizona and Florida. In all, 40 MLB players and staffers tested positive in a week, according to a USA Today report. With COVID-19 claiming more than 122,000 American lives, fair-minded fans couldn’t hold a health and safety stoppage against baseball owners and players.

But during a pandemic that has also caused north of 40 million Americans to lose their jobs, the sport has squabbled over money. At the root of the dispute is a March 26 agreement in which teams agreed to pay players a pro-rated share of this year’s salaries based on the adjusted numbers of games on the 2020 schedule. Owners have asked for further concessions, since, they argue, that deal was based on the assumption that fans would attend games, maintaining baseball’s revenue pie. To the players, the owners were conveniently crying poverty. To fans, the entire episode is noxious — a spat between billionaires and millionaires at an almost comically inappropriate moment.

Worse still, baseball’s messaging has sent its supporters on a psychological roller coaster when no one needs such a ride. On June 10, Major League Baseball commissioner Rob Manfred declared he was “100 percent” sure there would be baseball in 2020. Less than a week later, however, Manfred walked back that claim, citing a lack of dialogue with the players’ union. Fans grew furious.

Read more: ‘Something Needs to Fill That Void.’ As Stadiums Go Quiet, Esports Are Having a Moment

Even if the sides strike a deal to save an abbreviated 2020 season, the damage from this dispute might already be done. “Baseball’s going to take a hit,” says Henry Schaefer, executive vice president at Q Scores, a company that measures the general favorability ratings of athletes, celebrities, and companies. Baseball was facing serious challenges before the pandemic: a dearth of stars with high Q-ratings, fallout from the Houston Astros cheating scandal, long games that turn off younger fans. A 2019 Marist poll found that 67% of American millennials do not watch or follow professional baseball at all.

Now, the sport risks even turning off its diehards. “This is the worst possible thing they can do at the worst possible time,” says Gary Crouch, 65, a long-time Cincinnati Reds follower from Batavia, Ohio. “Are they blind to what the world is like?” Crouch has lost his jobs working in a museum and substitute teaching due to the economic downturn, and he’s already decided to cut back his baseball consumption, when and if fans are allowed back in the stands.

“I might go to a few games,” says Crouch. “But I’ll be buying the cheap seats, and bringing my own food and drinks.”

Yes, baseball has recovered from past labor disputes: after the 1994 strike, for example, the record number of home runs smacked by Mark McGwire and Sammy Sosa captivated the country. But the 1990s economy was booming. And the performance-enhancing drugs that fueled that power display are less prevalent in today’s game. Baseball can’t count on magic. Too many other entertainment options can take up people’s time. If baseball had sidestepped this spring’s money fight, and acted on its earlier desire to be playing games by July 4th, it would have had the sports calendar pretty much all to itself. Instead, even if the sides come to an agreement and the season gets underway before August, baseball will bump up against the resumption of the NBA, which worked hand-in-hand with its players to push through a plan to continue its season and postseason, in Orlando, starting in late July.

With all the turmoil baseball has offered its fans the last few months, why not just watch LeBron? 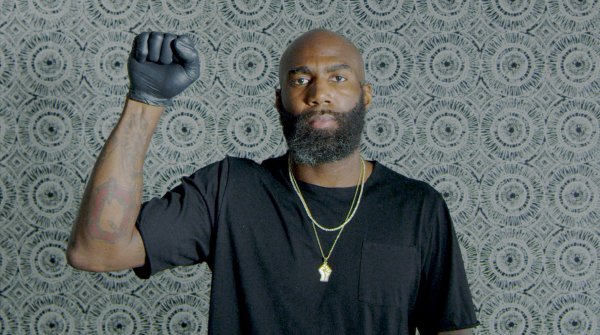 How Malcolm Jenkins Put Together That Powerful Black Lives Matter ESPYs Video
Next Up: Editor's Pick