Michelle McNamara’s shocking death on April 21, 2016, left two stories unfinished. There was the crime journalist’s years-long investigation into a serial rapist and murderer she called the Golden State Killer, who terrorized California in the 1970s and ’80s—and about whom she was at work on her first book. And there was the fractured narrative of McNamara’s private life: the loving family unit she’d created with comedian Patton Oswalt and their young daughter Alice in one compartment, and the traumatic history that fueled her furtive late-night research hidden in another.

After writing about the case on her popular blog True Crime Diary and in Los Angeles magazine, McNamara spent her final years working out her obsession with the Golden State Killer on the page. When she died, Oswalt enlisted fellow crime writer Billy Jensen to help her researcher Paul Haynes collate the manuscript that would become I’ll Be Gone in the Dark—a best seller and instant classic. But it wasn’t until after its publication, in 2018, that DNA evidence led to the killer’s arrest. In a fantastic HBO docuseries that shares the book’s title, director Liz Garbus (Lost Girls; What Happened, Miss Simone?) carries on the collective effort to finish McNamara’s work, fusing mystery and biography into an unusually empathetic true-crime story that feels complete at last.

I’ll Be Gone in the Dark has many elements endemic to the genre: the expert interviews, the ghostly re-enactments, the closeups of police reports. Garbus retraces McNamara’s steps, beginning with a horrific string of attacks in late-’70s Sacramento by a perp then known as the East Area Rapist, who preyed on women and teen girls in their homes. As part of his ritual, he rifled through their belongings, gulped beer from their fridges and threatened to kill any man present who tried to stop him. But Sacramento was neither his first stop nor his last. He made his way down the coast in later years—and developed a taste for killing. By the time he claimed his last known victim, in 1986, the Golden State Killer had committed at least 50 rapes and 10 murders.

You can find the basic facts about the man behind all that violence on Google, if you don’t already know them. That so many people who watch the series will come in with knowledge of the Golden State Killer might explain why it avoids true crime’s most egregious suspense-building clichés, from teasing cliffhangers to scores that make Jaws look subtle. Yet this is also a way of resisting exploitation. Like McNamara, Garbus gives weight to the victims’ suffering without making a spectacle of it. Viewers get to know several of the women beyond one harrowing night, through decades of undiagnosed PTSD, marriages that faltered, secrets kept even from family in a culture that stigmatized survivors.

This core of respect for shared humanity differentiates Garbus’ as well as McNamara’s tellings from so much true crime storytelling, and justifies weaving the personal into the procedural. In the show, that means not just quoting McNamara’s insights into abuse and addiction, but also forming a portrait of the author through conversations with the people who knew her—particularly Oswalt, who provided access to home movies, text messages and journals. It’s a fitting tribute that Garbus draws out the painful experiences that connected McNamara to many of her fellow citizen detectives, granting humanity even to talking heads. “Murderers lose power the moment we know them,” McNamara wrote. I’ll Be Gone in the Dark suggests that for survivors, the opposite is true. 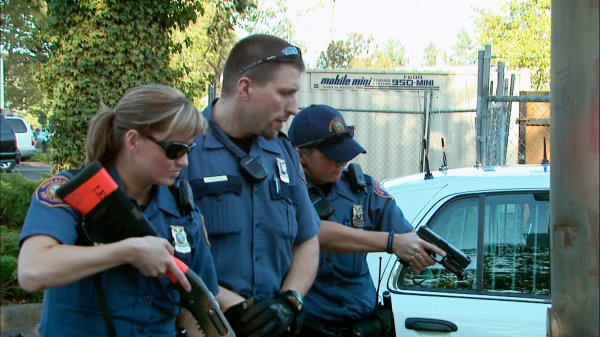 As Black Lives Matter Gains Momentum, Can TV Keep Up With the Rapid Pace of Social Change?
Next Up: Editor's Pick