After Tom Petty’s fight song “Won’t Back Down” was played at Donald Trump’s rally in Tulsa, Oklahoma, the artist’s family issued a statement denouncing the use. The family tweeted a letter saying that the Trump campaign was not authorized to use the song “to further a campaign that leaves too many Americans and common sense behind.” Now, Veep showrunner David Mandel has issued a statement that chides the Trump campaign for ripping off his show’s material and tells them how to “deal with the Tom Petty estate”.

Artists’ decrying use of their songs to promote politicians they don’t like or whose policies they don’t agree with has become a hallmark of political campaigns. Like when Wisconsin Governor Scott Walker used a Dropkick Murphys song, causing the band to reply that they “literally hate” him, or when Trump used REM’s “It’s The End of the World As We Know It,” prompting frontman Michael Stipe to tell the then-candidate off or when Rage Against the Machine’s guitarist Tom Morello called Paul Ryan “the embodiment of the machine that our music has been raging against for two decades.”

It has become so commonplace that during Veep’s fifth season the writers made it a plot point. “The song thing has been going on for years — it’s not just Trump — where politicians want to use a [Bruce] Springsteen song about being a working man and Springsteen hates the candidate,” Mandel told The Hollywood Reporter back in 2016. “It seems like Jonah would be hateable to every rock band on earth.” To highlight that point, when Jonah Ryan (played by Timothy Simons) ran for Congress he also opted to use Petty’s “Won’t Back Down” as the soundtrack to his political aspirations—and got increasingly angry letters from the artist about it to great comedic effect.

After the Petty family tweeted their statement about Trump’s use of the song, Mandel weighed in with some advice of sorts. Using a NSFW clip from the satiric show, he explained how to “deal with the Tom Petty estate” and issued his own warning to the Trump campaign to “Stop stealing our #veep s–t. It’s like the third time this week.” 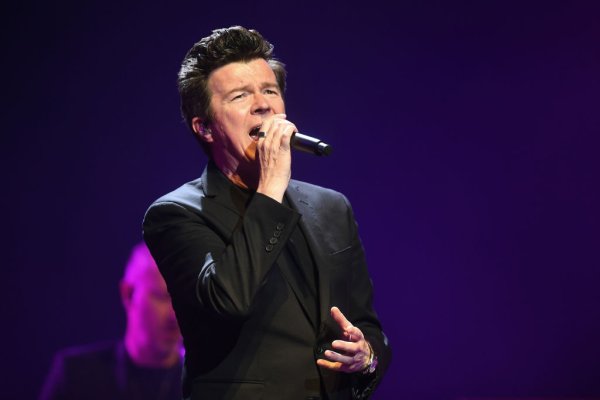