The Tennessean, based in Nashville and one of the biggest newspapers in Tennessee, published a full-page, Islamophobic ad in their Sunday paper, which was criticized on social media for dangerously stoking fear and hate against the Muslim community. Now, the paper said it is investigating the advertisement.

The paid advertisement was from a fringe religious group, The Ministry of Future for America, and it made unsubstantiated claims that “Islam is going to detonate a nuclear device in Nashville, Tennessee,” basing its evidence off of “Bible prophecy.”

The ad specifically blames Islam for bringing about a future World War III, saying the religion’s “role is to bring all men on planet earth [sic] together to combat them. Islam is the issue that pushes the world into a one-world government as the world attempts to address the escalating warfare brought by the Islamic religion.”

The ad, which featured pictures of President Donald Trump and Pope Francis II, also identifies Trump as the “final President of the USA.”

Muslim Matters, a nonprofit Muslim media website, swiftly criticized the ad Sunday, calling it a “dangerous incitement against Muslims to divert attention from America’s deep sociological and political problems.” Tennessee Immigrant & Refugee Rights, a statewide group dedicated to helping immigrants and refugees, criticized the paper for “stoking fear and hate against Muslim communities.” Emgage Action, a national group that seeks to mobilize American Muslims to advocate for the changes they want, said the Tennessean “should be ashamed for publishing such outrageous lies and propagating this kind of hate.”

Reporters at the newspaper, including Brett Kelman and Natalie Allison, voiced their concerns — noting that editorial processes are separate to those related to advertising.

Allison called the ad “appalling” and said she hoped there would be an inquiry into “how this met the paper’s ad standards.” Kelman said that he too, wanted an explanation for the “reprehensible ad.”

The guilds also demanded transparency from the paper’s leadership, as well as their shared parent company, Gannett, to “share in full the results of that investigation, issue a public apology, disclose what steps typically are followed before advertisements are published and release a list of measures Gannett will take to ensure an ad with such utter disregard for the truth will never again be published within any of its newspapers.”

Michael A. Anastasi, vice President and editor of The Tennessean, said in a statement Sunday that the ad is “horrific and is utterly indefensible in all circumstances.”

“It has hurt members of our community and our own employees and that saddens me beyond belief. It is inconsistent with everything The Tennessean as an institution stands and has stood for,” Anastasi said.

Anastasi said there was “clearly” a “breakdown in the normal processes, which call for careful scrutiny of our advertising content.” 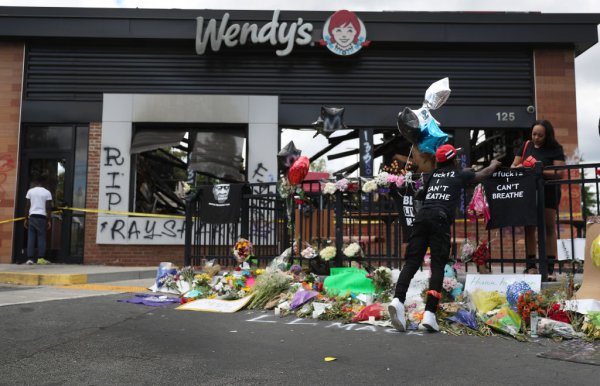