A press watchdog called on Indian police Thursday to drop a criminal investigation into a journalist for her coverage of the COVID-19 pandemic in the prime minister’s parliamentary constituency.

Authorities launched a criminal probe into Supriya Sharma, the executive editor of the news website Scroll.in, on June 13, according to the Committee to Protect Journalists (CPJ). They are investigating Sharma for alleged defamation and negligence that could cause the coronavirus to spread.

“Launching a criminal investigation into a journalist for her work in the prime minister’s parliamentary constituency is a clear intimidation tactic and sends a chilling message to journalists across the country,” said Aliya Iftikhar, CPJ’s senior Asia researcher.

She added that Sharma “was simply doing her job as a journalist.”

According to Scroll.in, the investigation was sparked by an article on the impact of countrywide lockdowns ordered by Prime Minister Narendra Modi to curb the spread of the coronavirus. The article said that people in a village in Varanasi went hungry.

According to CPJ, a woman mentioned in the article sparked the investigation after claiming her remarks had been misrepresented.

“Scroll.in has reported the article accurately and stands by it,” the site said in a statement issued Thursday. The investigation is an “attempt to intimidate and silence independent journalism, reporting on conditions of vulnerable groups during the COVID-19 lockdown,” the website said.

Across the Asia-Pacific region, governments have been cracking down on press freedom amid the health crisis. In India, where journalists were already under pressure before the pandemic, press watchdogs say several journalists have faced intimidation for their reporting on the government’s handling of the outbreak.

Local authorities across the country took legal action against, questioned or detained at least eight journalists between the end of March and mid-May, according to CPJ.

The press watchdog said local authorities also demanded a separate news agency issue an apology or face legal action over a report in late March that some children in Varanasi didn’t have enough food and were eating grass due to the hastily announced lockdown.

Press freedom in India has been on the decline in recent years. The country backslid two places to 142 out of 180 countries in Reporters Without Borders (RSF)’s 2020 World Press Freedom Index. 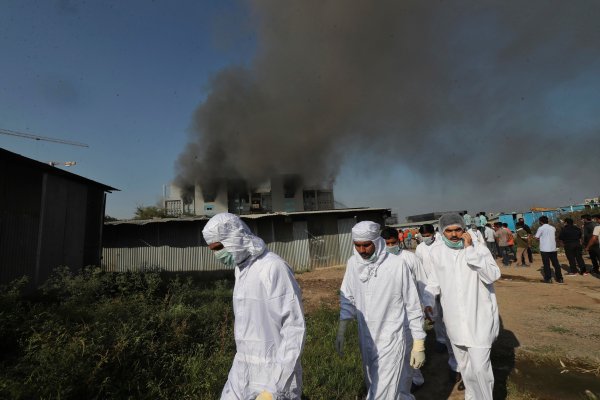