The California Golden Bears run out on to the field for their game against the UCLA Bruins at California Memorial Stadium on October 13, 2018 in Berkeley, California.
Ezra Shaw—Getty Images
By Sean Gregory

University of Texas football players are saying that they won’t aid in recruiting future players, or participate in alumni events, until buildings named after supporters of the Confederacy or segregation are renamed, and a school song with connection to minstrel shows is ditched. Oklahoma State running back Chuba Hubbard called out his coach, Mike Gundy, on Twitter for wearing an OAN t-shirt: One America News is a media outlet that has called the Black Lives Matter movement a “farce.” Gundy eventually apologized. After Florida State head coach Mike Norvell told an interviewer that he “went back and forth with every player” during individual conversations about the death of George Floyd, Marvin Wilson, the team’s star defensive tackle and captain, publicly noted that never happened: Norvell issued a mea culpa. Football players at Clemson University helped organize a protest, attended by some 3,000 people, against racial injustice.

For years, the power dynamic in college sports was clear. In the case of major college football teams, for example, highly-compensated coaches—who in most cases are white—would call the shots, and unpaid players, mostly Black, were expected to fall in line. But the unprecedented events of 2020 are speeding up the pace of change. College football teams are far from immune from a national reckoning on race. And the unpaid, majority Black workforce, who are also putting their health at risk by returning to college campuses for workouts before the rest of the student body, is fed up. Athletes are realizing their power in real time; if coaches disapprove, that’s on them.

“This is a moment where the outrage of players is stronger than their fear of speaking out,” says Ramogi Huma, executive director of the National College Players Association and a former football player at UCLA. “This has not been the case in modern times.”

The larger protest movement in the wake of Floyd’s death has served as the main motivator for this wave of college athlete activism. Many young Black athletes took Floyd’s death at the hands of a police officer personally. “By seeing these things played out in front of you, it really hits close to home,” says Elijah Wade, a former UCLA football player who left the team in the spring but is now a member of the school’s student government. “Some of these things have really motivated student-athletes to understand how to tap into that power and make the changes that need to be made.” Wade, who grew up in Las Vegas, helped draft a student government resolution calling for, among other protections, “student-athletes to have a choice in deciding whether they return to college sports activities during the COVID-19 pandemic without the fear of the reduction and/or cancellation of their scholarship, threats, or retaliation of any kind.”

So while schools can offer statements supporting student-athlete demonstrations for racial equality, they are putting unpaid Black athletes in precarious health positions. The loss of a college football season could cost schools north of $4 billion in revenues. “For the schools to support racial justice on one issue, but impose a system that reflects racial injustice, is very hypocritical,” says Huma.

College athletes now have an opportunity to expose this hypocrisy and fight for more rights. The NCAA has long restricted the ability of college athletes to earn income based on their athletic talent. In recent months, however, three states—California, Colorado and Florida—have passed laws that would permit athletes to profit off their name, image, and likeness; in April, the NCAA itself announced that it “supported rule changes to allow student-athletes to receive compensation for third-party endorsements both related to and separate from athletics.” The NCAA said it would enact these rules changes for the 2021-2022 academic year.

But with football players returning to campus in the midst of a pandemic and economic turmoil that has surely impacted some of their families, the least the NCAA could do is allow athletes to receive benefits if any local or national sponsors, or boosters, or neighbors want to offer them. “If there’s a reason to accelerate the transition to a system where kids can legitimately capitalize on who they are,” says Kenneth Shropshire, CEO of the Global Sport Institute at Arizona State University, “this would be it.”

Huma is preparing to lobby state and even local lawmakers to pass emergency resolutions boosting the economic rights of athletes during this pandemic. “Anybody who cashed a stimulus check should support players having the freedom of receiving earnings from any source, period,” says Huma. “Americans get that now, more than they ever would have before.” 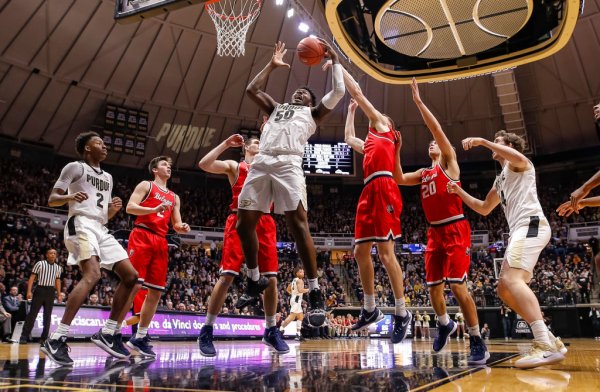 How California's Historic NCAA Fair Pay Law Will Change College Sports for the Better
Next Up: Editor's Pick