By Tessa Berenson and John Walcott

A long-anticipated new book by former national security advisor John Bolton contains explosive revelations about President Donald Trump’s conduct in office, including allegations that Trump tied his political ambitions to U.S. law enforcement and foreign policy and that he lurched from praising China for its early response to coronavirus to blaming Beijing for the virus’ deadly impact on Americans, according to a copy of the book seen by TIME.

Although he left the White House months earlier, Bolton, who has been criticized for dismantling the National Security Council’s global health security team in May 2018, writes that Trump repeatedly ignored warnings from NSC staff members and others early this year about the danger of a coronavirus pandemic and praised China for its management of the virus. When the threat to the U.S. became impossible to ignore, Trump pivoted, and blamed China for it.

“Trump’s reflex effort to talk his way out of anything, however, even a public-health crisis, only undercut his and the nation’s credibility,” Bolton wrote, by dealing with the pandemic as a political problem rather than a pandemic.

In another key passage, Bolton says Trump asked Chinese President Xi Jinping last summer to help him win reelection by increasing agricultural purchases from American farmers. “Trump then, stunningly, turned the conversation to the coming U.S. presidential election, alluding to China’s economic capability and pleading with Xi to ensure he’d win,” Bolton wrote. “He stressed the importance of farmers and increased Chinese purchases of soybeans and wheat in the electoral outcome.”

Bolton says this and other similar instances should have been incorporated into Trump’s impeachment inquiry and trial, which focused narrowly on whether Trump withheld military aid to Ukraine in order to get the country to announce investigations into his political rivals, and then whether he obstructed investigations into that conduct. (Trump was impeached by the Democratic-led House, but acquitted by the Republican-led Senate in February of this year.) “Had Democratic impeachment advocates not been so obsessed with their Ukraine blitzkrieg in 2019, had they taken the time to inquire more systematically about Trump’s behavior across his entire foreign policy, the impeachment outcome might well have been different,” Bolton wrote in the book, titled “The Room Where It Happened” and scheduled for publication next week.

Bolton, who served as Trump’s national security advisor from April 2018 until he left the post in September 2019, has long said he had important information about Trump ‘s official conduct. But he refused to testify during the House impeachment inquiry last fall after the White House barred his and other officials’ participation. He said he wouldn’t testify until a court ordered him to, but later offered to testify in the Senate trial if he was subpoenaed. Republican senators blocked calling him as a witness.

“Bolton may be an author, but he’s no patriot,” House Intelligence Committee Chairman Adam Schiff, who led the House’s efforts to build a case against Trump and then served as an impeachment manager to prosecute the case in the Senate, tweeted on June 17 about Bolton’s unwillingness to testify in the House last fall.

Although Trump’s impeachment trial is long over, and Trump’s handling of the nation’s deadly struggle with the coronavirus pandemic has overtaken many concerns about his dealings with Ukraine, Bolton’s book has drawn the ire of Trump and his Administration. The Justice Department sued Bolton this week to try to delay publication of the book, arguing that it contains classified information that would endanger national security if published. Bolton risks “compromising national security by publishing a book containing classified information,” the lawsuit says, “in clear breach of agreements he signed as a condition of his employment and as a condition of gaining access to highly classified information and in clear breach of the trust placed within him by the United States Government.” DOJ then applied for an emergency temporary restraining order against Bolton the following day to try to block publication of the book.

Bolton submitted the book to the Administration for a pre-publication review at the end of December, according to a piece his lawyer Chuck Cooper published in the Wall Street Journal on June 10. According to Cooper, Bolton was informed in April that there were no further edits to his book, but he never received formal notice confirming the book had been cleared by the White House. A White House lawyer once again said it contained classified information on June 8. “This is a transparent attempt to use national security as a pretext to censor Mr. Bolton, in violation of his constitutional right to speak on matters of the utmost public import,” Cooper wrote.

Trump has repeatedly slammed Bolton and his book in recent months as it has gone through review. On Monday, Trump said it was “highly inappropriate” of him to write the book, and suggested that Bolton is lying about things he recounts in the manuscript. “Maybe he’s not telling the truth, he’s been known not to tell the truth a lot,” Trump said.

Bolton details numerous factual blunders and risky conversations Trump had with foreign leaders, and outlines instances of the president’s top advisers questioning or disparaging him behind his back. Along with asking Xi to help him win reelection by buying from American farms, Trump also was willing to intervene in investigations into Chinese telecommunications company ZTE to ingratiate himself with Xi, the book alleges, and into Turkey’s Halkbank to boost his relationship with Turkish President Recep Tayyip Erdogan.

Bolton also writes that in June 2019, Trump supported Xi’s policy of detaining members of the Uyghur minority in China’s Xinjiang province, a practice that human rights groups have widely condemned. “According to our interpreter, Trump said that Xi should go ahead with building the camps, which Trump thought was exactly the right thing to do,” he wrote. On Wednesday, however, Trump signed into a law an act meant to “[hold] accountable perpetrators of human rights violations and abuses such as the systematic use of indoctrination camps, forced labor, and intrusive surveillance to eradicate the ethnic identity and religious beliefs of Uyghurs and other minorities in China,” according to a statement released by the White House.

Bolton’s book and the many revelations within may have come months too late to have been incorporated into the impeachment inquiry or trial. But the book is arriving five months before the presidential election, where voters will be able to render the ultimate judgment on Trump’s first term in office.

And that, in the end, is what matters most of all to President Trump, Bolton argues. “I am hard pressed,” he wrote, “to identify any significant Trump decision during my tenure that wasn’t driven by reelection calculations.” 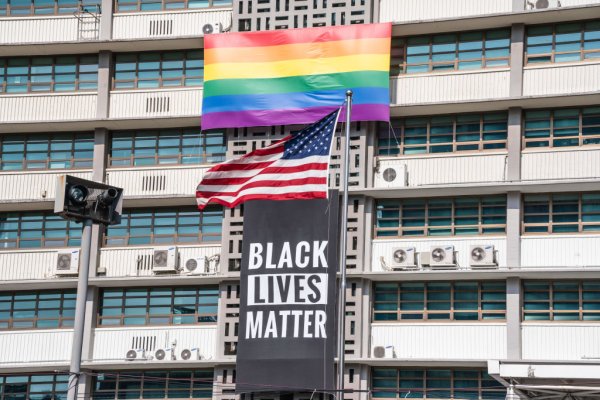