The 26-member council passed the ordinance, called “Breonna’s Law” on Thursday, prohibiting all Louisville Metro law enforcement officers from seeking or executing no-knock warrants, which allow officers to enter a home without giving warning or clearly identifying themselves. As part of a drug investigation, police used a no-knock search warrant when they entered the home of Taylor, a 26-year-old emergency medical technician, in March and shot her at least eight times. No drugs were found in Taylor’s home and the officers involved in the shooting were not wearing body cameras. Calls to arrest the officers have grown since Taylor was killed.

“Our action tonight sets an example for other cities to follow. We will never experience the loss Breonna’s family is dealing with every day,” Metro Council President David James said, according to WLKY. “We are with them and at the same time, this council is saying the time has come right a wrong, a wrong of more than 400 years. I am proud that we are first in justice for all.”

The ban on no-knock warrants comes as protests continue against police brutality and systemic racism in response to Taylor’s death and the killings of George Floyd, Tony McDade and several other black victims.

Protestors who gathered outside to wait for the vote to be announced cheered when it was made official.

Efforts to ban no-knock warrants nationwide are underway in Congress. On Thursday, Kentucky Sen. Rand Paul told introduced legislation to ban officers across the U.S. from using such warrants. Paul has named the bill the “Justice for Breonna Taylor Act.”

“After talking with Breonna Taylor’s family, I’ve come to the conclusion that it’s long past time to get rid of no-knock warrants,” Paul said. “This bill will effectively end no-knock raids in the United States.” 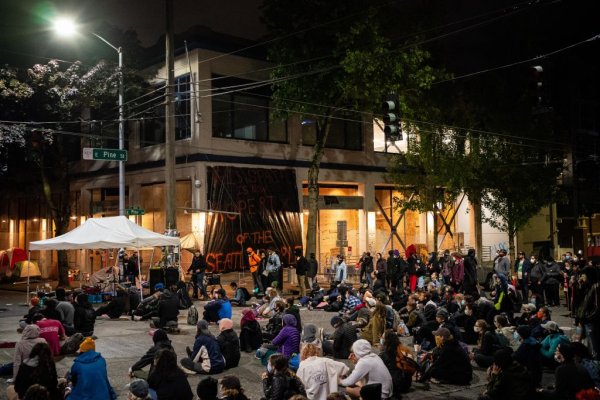