Ivanka Trump, first daughter and adviser to President Donald Trump, listens during a cabinet meeting in the East Room of the White House on May 19, 2020 in Washington, DC.
Alex Wong—Getty Images
By John Hanna / AP

(TOPEKA, Kan.) — Donors are pushing Kansas’ higher education board to fire Wichita State University’s president after he canceled a virtual speech by Ivanka Trump for its technical school’s graduation.

The Kansas Board of Regents had a special Zoom meeting Wednesday, only two days after a former board member from Wichita said the regents should ask for President Jay Golden’s resignation. Golden was present for at least part of the four-hour closed meeting.

Afterward, the board issued a short statement that didn’t mention him or Wichita State, expressing its commitment to “support and promote freedom of speech and diversity and inclusion.”

Golden canceled Trump’s speech after students and faculty protested. Students staged an impromptu rally Wednesday for Golden, and nearly 7,200 people had signed a petition supporting him by Wednesday night. The board’s statement asked for “patience and understanding” in “unprecedented times.”

“We look forward to strengthening relationships with students, alumni and friends,” the statement said.

Steve Clark, the former regent seeking Golden’s ouster, sent a letter Monday to board members saying Golden’s decision to cancel the speech by President Donald Trump’s daughter threatens a multimillion-dollar relationship with Koch Industries, the vast conglomerate led by billionaire and conservative political donor Charles Koch, The Wichita Eagle reports. He did not return a telephone message Wednesday from The Associated Press.

Kansas Senate President Susan Wagle, a Wichita Republican and Wichita State graduate, said she was “deeply disappointed,” adding that when she was a student in the 1970s, “free speech was a fundamental right on campus.”

“I fear that may no longer be the case,” she said.

A Koch Industries spokeswoman said Wednesday that financial commitments to the university are being honored and, while it opposes canceling speakers, it doesn’t tie funding to university employment actions.

Clark is the chairman and CEO of a Wichita investment firm who served as chairman of search committees for both Golden and his predecessor, John Bardo. Golden became president in January, after Bardo died in March 2019.

Clark told the regents that officials from Koch Industries and several longtime donors and supporters are “very upset and quite vocal in their decisions to disavow any further support.” He said canceling Trump’s speech damaged the school’s reputation with high-profile donors and relationships can be restored only if Golden leaves.

Steve Feilmeier, Koch Industries’ executive vice president and chief financial officer, said in an email that he’s been asked to serve on the Wichita State Foundation board and how the speech controversy is resolved will “weigh heavily” on his decision.

The university has said Koch Industries and its associated foundations have spent or pledged to spend more than $15 million there in the past seven years. The university’s basketball arena is named for Charles Koch.

Wichita State has 14,000 students, including some 3,000 at its technical school and is home to a national institute on aviation research. Parts of Wichita and its suburbs are politically conservative, and Donald Trump carried the county in 2016 by 18 percentage points. Ivanka Trump visited WSU Tech last fall to promote its training programs.

The university announced Thursday that she would give a virtual speech for WSU Tech’s graduation and canceled it hours later after a professor’s open letter of protest garnered nearly 500 signatures. The letter said allowing the speech would show that the WSU Tech “does not take diversity seriously.”

Days earlier, police under federal command in Washington used tear gas to force back peaceful protesters of George Floyd’s death in Minneapolis while detained by police. The police action allowed the president to walk to a church near the White House and pose with a Bible, accompanied by his daughter. The president also threatened to use the military to quell violence.

WSU Tech President Sheree Utash later apologized, calling the timing of the announcement of Ivanka Trump’s speech “insensitive.” Golden has said the university is committed to diversity and that he canceled the speech to avoid a distraction from celebrating the students.

Ivanka Trump responded by tweeting a link to her remarks and saying universities should be “bastions of free speech.”

“Cancel culture and viewpoint discrimination are antithetical to academia,” she said. 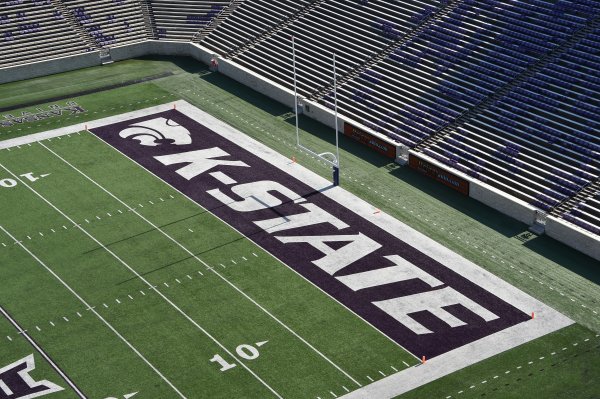