A sign is seen on a vehicle asking Florida to fix its unemployment system on May 22, 2020 in Miami Beach, Florida.
Joe Raedle—Getty Images
Ideas
By Zachary Karabell
Karabell is an author, investor, and commentator. He is the president of River Twice Research. His forthcoming book is Inside Money: Brown Brothers Harriman and the American Way of Power.

Everyone wants certainty; few of us have it. Sometimes, however, confusion can be its own form of clarity, which is precisely what we ought to glean from the most recent employment report for the United States.

It is a sign of an odd era when an unemployment rate higher than at any point in the past 80 years is celebrated as good news, but the announcement by the Bureau of Labor Statistics that the official unemployment rate for May was just over 13% confounded expectations that it would be substantially worse. Hopes rose that the U.S. economy might recover more swiftly than feared, as the report indicated that firms hired back more than 2.5 million people as states began to reopen in May, and while 21 million people unemployed is hardly something to celebrate, stock markets celebrated all the same and rose almost 3% on the news.

That is the cup half full part of the story. There is, alas, a cup half empty part as well. The way that government structured emergency benefits stemming from the mass unemployment of the pandemic shutdown created all sorts of confusion not just for businesses and individuals but for the statisticians who measure employment. Many small businesses obtained loans under the Paycheck Protection Plan that were conditional on keeping employees on payroll through the end of June whether or not the business was open and whether those employees will be kept on if businesses can’t maintain demand come summer. Many businesses “furloughed” employees, often maintaining their health insurance but making it possible for people to collect the temporarily generous unemployment benefits authorized by Congress. That category basically didn’t exist in any meaningful way before March, and it threw the measurement of the unemployment rate into confusion.

The BLS acknowledged as much in a footnote that suggested a “miscalculation” based on how to characterize those furloughed workers lowered the actual rate by as much as 3 percent. 16% unemployed would still be better than what many were expecting, but it is, to put it mildly, historically terrible.

Why then are markets and President Trump trumpeting the report as proof that the economic recovery is underway? To some degree, this is a classic case of outperforming low expectations. If your bar is sufficiently low, it is always easier to exceed it. The fact that as many as 40 million people filed for unemployment benefits at some point in the past two months of shutdowns was seen as a harbinger for unemployment levels of 25% or more, and at the nadir of the shutdowns, it was hard to imagine people ever going to work, buying stuff or living semi-normally ever again. Then, the murder of George Floyd, mass protest and fringe rioting in multiple cities plunged the country into a secondary crisis. A less-dire-than-feared employment snapshot felt like a relief, even as bad as it was.

There is additional the fact that life is resuming in many parts of the country. Las Vegas casinos and Florida theme parks are two of the more visible signs, and while crowds aren’t flocking, the fact that they are open is a psychological sign of some emergence from the worst of the pandemic even as the infection rate and deaths remain steady. And bizarre though it is, mass protests of millions of people in hundreds of cities across the country also suggest that the country is moving out of the pandemic fear, which has been a major source of the economic collapse.

Make no mistake: it is both good that for the moment, employment and the economy overall are not as bad as the worst of our fear and bad that things are as bad as they are. The better-than-expected jobs numbers (even with the error) come at a tenuous time: we don’t know how many of those jobs will be lost once the relief programs run out at the end of the month and employers have to face diminished business. Given that many employers continued to pay workers who weren’t working because businesses were shuttered, it is likely (though by no means certain) that July will see a new wave of job losses that were delayed, not prevented.

There is also the problem of how this report will shape the political calculus in Washington about a new round of stimulus. The House Democratic bill proposing an additional $3 trillion in spending was never going to pass a Republican Senate, but momentum has been building in Washington for more direct aid to cash-strapped states that have seen their tax revenue evaporate. All state revenue has suffered greatly from the shutdowns. But already Republicans in the Senate have reacted to the jobs report as a signal that there may be no need more spending. “There is less urgency to go strike a hard deal,” said one prominent GOP representative. Waiting till things get worse again to bolster jobs and the economy, however, will only make it that much harder to dig out then.

The protests are about race and police brutality, but the undercurrent is also that the pandemic and jobs losses have hit African-American as well as Hispanics much more severely. The unemployment rate in May for African-Americans is several points higher than for whites, given that African-American were over-represented in many of the jobs eliminated in the shut-downs such as food service. Black American are also dying of COVID-19 at roughly three times the rate. Unequal treatment by the police is the proximate cause of the protests; unequal suffering from the shutdowns and the disease is a powerful fuel.

And then there are stocks, giddily rising to the point where they are almost flat for the year. For sure, stocks benefit the wealthy, yet they also support the pension plans of many of those public unions such as teachers and police. But they certainly do little for the millions who work lower-level service jobs who have been bearing the brunt of disease and unemployment in a hard time. There are good reasons for stocks to be recovering, between massive guarantees from the Federal Reserve that the financial system won’t implode even if the economy does and signs that everything from travel to retail may be on a sharper upswing.

It would be far worse for all of us if stocks were plummeting, business completely cratering, and the financial system melting down. But the disjuncture between how some of us are faring versus others of us has sharpened divisions that were already there before COVID, as have our erratic and inefficient safety nets in a time of crisis. The employment report is the perfect chrysalis for our present: it shows that we are more resilient than we feared and that overall economic activity may prove hardier in the face of the pandemic while also exposing that we don’t really know what is going on, who is actually employed and for how long. And the news highlighted that in these most trying of times, we may all be humans susceptible to a disease but the economic and health effects are not shared equally or spread equitably.

How one reads the employment picture now is the ultimate Rorschach test of where you sit in this roiling world. If you can parse its bewildering muddle of good news and bad news, you will find a very clear diagram of just how challenging this moment truly is. Every crisis may be an opportunity, but let’s hope we use this one to change for the better. 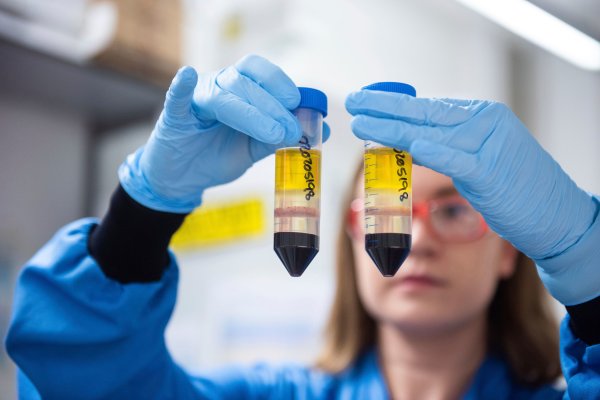