An employee of Carmelina's in the North End of Boston tapes up paper in the windows of the restaurant, which is temporarily closing during the coronavirus pandemic, on March 25, 2020.
David L. Ryan — The Boston Globe/Getty Images
By Alex Fitzpatrick

On first glance, today’s U.S. jobs report seems like a much-needed dose of good news when more or less everything else is aflame: Unemployment fell from 14.7% to 13.3% in May as the economy gained 2.5 million jobs; economists had expected the rate to increase to as much as 20%.

Any drop in unemployment is, of course, a welcome development. But there are at least three big reasons why we should take pause before cracking out the champagne over Friday’s jobs numbers.

First, and most saliently given the ongoing protests over justice and equality, this rebound isn’t being felt equally across demographic groups. While the overall unemployment rate is falling, it’s still rising for some groups, including black Americans. While unemployment for white Americans dropped from 14.2% in April to 12.4% in May, the rate for black Americans increased slightly, from 16.7% to 16.8%:

Second, while the change in percentage looks good, the reality is that there are still 21 million Americans out of work—and perhaps more, as official unemployment data never really show the full picture. Thinking about this only in terms of the change in percentage and not in the absolute numbers masks the pain that so many American families are still feeling. Moreover, there’s a danger that slight decreases in the unemployment rate will give lawmakers in Washington cover to avoid passing much-needed additional relief for the millions of Americans still out of work. The expanded unemployment benefits, for instance, expire at the end of next month, and there’s little to suggest so far that they will be extended.

Finally, the jobs that are returning are likely doing so because some states are ending or curtailing their coronavirus lockdowns, meaning those who were temporarily laid off are going back to work. “The number of unemployed persons who were on temporary layoff decreased by 2.7 million in May to 15.3 million, following a sharp increase of 16.2 million in April,” reads the BLS release accompanying the report. But there’s been no material change in the fight against the virus—there’s no vaccine, no cure, and only limited evidence of possible treatments. If states reopen and cases spike a few weeks later, further lockdowns may be needed, putting us right back in the unemployment nightmare we’ve been living through for the last few weeks — in fact, we’re already seeing early signs of these spikes in some states.

Make no mistake: Anybody getting their job back is good news. But celebrating only the headline figures without further examining the underlying data is a mistake.

Most Popular on TIME
1
Frederick Douglass Statue Torn Down in Rochester, N.Y.
2
Kan. Newspaper Owner Apologizes for Mask, Holocaust Cartoon
3
More Young People Are Testing Positive for COVID-19 in the U.S. Here's What That Could Mean for the Outbreak 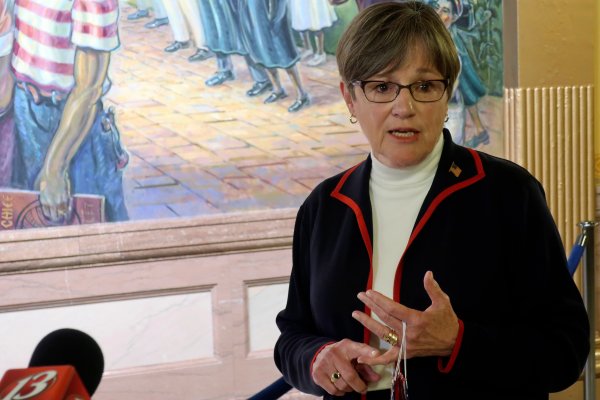