As soon as the federal Paycheck Protection Program opened in April, Tara Williams-Harrington rushed to get in her application. Just before the coronavirus swept across New Jersey, the owner of a Bricks 4 Kidz franchise in Newark had signed a new lease for her business, which holds classes for children with LEGOs. Once coronavirus stopped her in-person classes, she calculated that needed $33,000 to both pay her new rent and her nine part-time employees. But when she went to apply for a PPP loan at M&T Bank, they told her they were prioritizing current customers.

Ultimately, Williams-Harrington considers herself fortunate. With help from the African-American Chamber of Commerce, she secured a loan through a different bank, and got another loan through a separate federal program. But in April, while she was in the middle of the process, her husband passed away from COVID-19. She also tested positive for the virus. “It’s mostly people of color who are impacted, mostly people of color who are dying,” Williams-Harrington says. “As a business owner of color, we’re hit three ways around.”

President Donald Trump said Thursday was “a great day for everybody” as the latest jobs report showed 2.5 million U.S. jobs added in May. But those same figures showed unemployment grew during the same period for African Americans, and had in fact risen to a decade-high. Across the country, African-Americans are disproportionately suffering from the impact of both the coronavirus and its economic fallout, and have struggled to access federal aid programs designed to mitigate the damage. Data and interviews with small business owners and advocates say that of all of the businesses that have struggled to access relief from the Paycheck Protection Program, minority-owned businesses have taken the biggest hit.

A set of conditions that have favored larger businesses, including many banks only approving loans for existing customers and delaying the application of sole proprietorships, have shut out many minority-owned businesses. For those that have received loans through the program, advocates worry some of the conditions may make it harder for many to qualify for their forgiveness, potentially saddling them with years of debt.

In recent days, there has been a push for consumers to support black-owned businesses, and lawmakers have passed new legislation to mitigate some of the program’s baked-in inequities. But experts are skeptical the government’s new measures are enough to combat years of inequities. The way the program has disadvantaged minority-owned businesses is yet another stark reminder of the systemic racial inequality brought to the fore in the past week as tens of thousands have taken to the streets across the country, says Jessica Fulton, vice president at the Joint Center for Political and Economic Studies, at public policy think tank in Washington, DC.. “This is all part of what happens when you’re not including black communities meaningfully in policy conversations around issues that matter,” she says. “The failures of the PPP could have been resolved from the beginning if there were folks in the room who were familiar with the barriers black businesses might face.”

Congress devised the Paycheck Protection Program, which was included as part of $2.2 trillion coronavirus relief package President Trump signed into law over two months ago, as a mechanism to aid small businesses who suddenly found themselves forced to close during stay-at-home orders. The program, which is run under the Small Business Administration, employs banks and other lending institutions to administer federally backed loans to businesses with up to 500 employees. If the majority of the funds are used to keep workers on payroll and operations afloat, they can turn into grants, and be forgiven. In total, Congress has allocated $649 billion toward the program; as of May 30th, nearly 80% of that had been spent, according to data from the SBA. (After the program ran out of its initial $349 billion within two weeks, Congress allocated another $310 billion).

The SBA has not released a list of businesses that have received the loans; whatever information there is has been gleaned from either voluntary disclosures, or in the case of public companies, filings with the securities and exchange commission. What data has emerged, though, paints a bleak picture for minority-owned businesses. A national online survey of 500 African-American and Latinx-owned small businesses conducted by the Global Strategy Group released May 13 – after the second round of funding for the program was allocated – found that just 12% received the full assistance they requested, with two-thirds reporting that they did not receive any. A separate survey from the Small Business Majority, a small business advocacy organization, showed that 63% of Black and Latino small business owners sought and received financing, but 3 in 10 did not receive the amount they requested.

Congress included language in the law urging lenders to prioritize female, minority-owned and rural businesses, but since the loans to these businesses were administered through banks and not the government, there was evidently no enforcement mechanism for the request. A May 8 report by the SBA Inspector General found that the SBA did not comply with this part of law’s guidance. As a result, the Inspector General wrote, “These borrowers, including rural, minority and women owned businesses, may not have received the loans as intended.”

For business owners like Williams-Harrington — and anyone else who had closely scrutinized the program — that conclusion was hardly a revelation. “The premise of the program itself, a Paycheck Protection Program that relies on financial institutions, has major structural disadvantages for businesses owned by people of color from the very beginning,” says Ashley Harrington, the Federal Advocacy Director and a Senior Counsel at the nonprofit Center for Responsible Lending (CRL).

Small business advocates have contended from the earliest days of the program that the decision to use banks as intermediaries inevitably meant that larger, more established companies would get precedence over smaller entities. This prediction was compounded by a provision inserted in the bill, pertaining only to the food and hospitality sectors, where companies with “individual locations” under 500 people could still be eligible – meaning large restaurant chains like Shake Shack and Ruth’s Chris Steakhouse could apply. (Both received millions of dollars in loans in the first round of funding, but returned them amidst public backlash). Since there was initially only a limited amount of funds available, and demand far exceeded supply, lending institutions who wanted to minimize their risk often selected customers with whom they had preexisting relationships.

That adversely impacted minority-owned businesses that often didn’t have those relationships, experts say. According to data from the Center for Responsible Lending, 46% of white-owned businesses in the last five years accessed credit from a bank — double that of African-American owned businesses.

The program also stipulated that, when the first round of funding opened, independent contractors and sole proprietors had to wait a week before applying, in an effort to prioritize firms that may be getting ready to lay people off. Since minority-owned businesses are less likely than their white counterparts to fall into that category, this represented yet another setback: Ninety-five percent of businesses owned by African-Americans have no employees, according to data compiled by CRL, in comparison with 91% of Latinx-owned businesses and 78% of white-owned businesses.

Recognizing these issues, the government took steps to alleviate the problem beyond allotting more funding. On May 28th, the SBA and Treasury announced they would set aside $10 billion for Community Development Financial Institutions, which primarily work as lenders for businesses in underserved and rural communities. On Friday, Trump signed a bill into law that had been overwhelmingly approved by Congress which loosens the requirements for businesses to turn their loans into grants. Previously, businesses had to spend the money within eight weeks of receiving the loan, and 75% had to be spent on payroll. Under the reformed measures, businesses have up to 24 weeks to spend the money, and only need to spend 60% on payroll expenses. Williams-Harrington says these requirements will be hugely beneficial for her, because she was worried about using the money in the allotted time.

But Harrington, the counsel at the Center for Responsive Lending, is concerned that the same problems, like a lack of employees, that prohibited minority-owned businesses from accessing the funds in the first place can impose another impediment when it comes to turning them into grants. The 11-page application, she believes, is so complex that some of the smallest businesses may be compelled to hire accountants or consultants to navigate it, further straining resources that have already been pushed to the brink.

“This program is a massive lifeline but part of what makes it a lifeline is the ability to convert this loan into a grant. Otherwise these businesses are going to have debt they have to pay back,” she says. “We do not want these really small businesses to come out of this crisis with debt they cannot afford.” 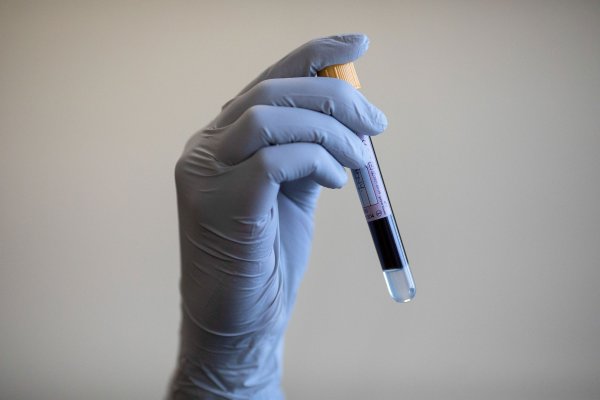 Nearly Half of COVID-19 Cases May Be Spread Asymptomatically
Next Up: Editor's Pick