Left: Between 200,000 and 500,000 demonstrators march down Constitution Avenue during the March on Washington for Jobs and Freedom, Washington D.C., Aug. 28, 1963; Right: Protesters gather in Harlem to protest the recent death of George Floyd on May 30, 2020 in New York City.
Hulton Archive/Getty Images; David 'Dee' Delgado—Getty Images
By Olivia B. Waxman

Not quite two weeks after the death of George Floyd, a 46-year-old black man who died after a now-former Minneapolis police officer knelt on his neck, it’s already clear that what happened to him—and the protests that followed—will be in history books someday. The moment is not only a striking turning point in an ongoing Black Lives Matter movement against police brutality, but also set apart by a global pandemic that is disproportionately affecting African Americans.

But how exactly these events will be framed is still to be determined, by factors such as how long demonstrations continue globally and whether any major legislation is passed as a result. In the meantime, many are looking to history for clues about how to understand the evolving moment.

Comparisons to the 1960s, and that era’s fight for racial equality, have been plentiful—but that period was just one chapter in a civil rights movement that’s almost as old as America is. TIME asked ten experts on the history of race in the United States to weigh in on which moments from the American past can help us understand today.

Simon Balto, author of Policing Black Chicago from Red Summer to Black Power and Assistant Professor of History at the University of Iowa:

Kellie Carter Jackson, author of Force and Freedom: Black Abolitionists and the Politics of Violence and Assistant Professor of Africana Studies at Wellesley College:

Tyran K. Steward, Assistant Professor of History at Williams College, who is writing a book tentatively entitled The Benching of Willis Ward: The Making of a Black Conservatism in the Jim Crow North:

Greg Carr, Chair of Howard University’s Department of Afro-American Studies and author of You Don‘t Call the Kittens Biscuits: Disciplinary Africana Studies and The Study of Malcolm X:

Ashley Howard, Assistant Professor of History at the University of Iowa, who is writing a book on 1960s urban rebellions in the Midwest:

Thomas J. Sugrue, author of Sweet Land of Liberty: The Forgotten Struggle for Civil Rights in the North and Professor of Social and Cultural Analysis and History and Director of the Cities Collaborative at New York University:

Philip A. Klinkner, co-author of The Unsteady March: The Rise and Decline of Racial Equality in America, and Professor of Government at Hamilton College: 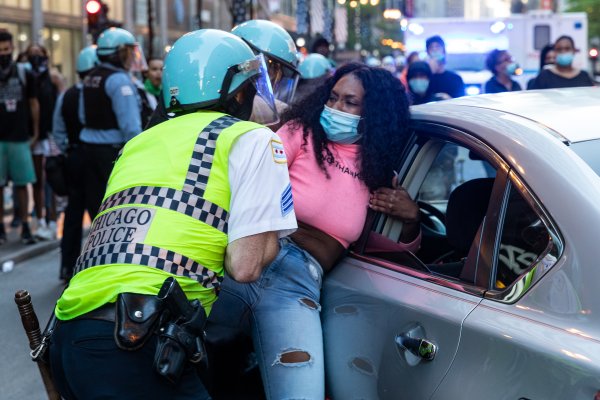 Inside Bail Funds' Efforts to Free Protesters
Next Up: Editor's Pick