By Mélissa Godin and Madeleine Carlisle

A CNN news crew covering the protests against the killing of George Floyd by police officers, were arrested by police this morning live on air in Minneapolis.

Police officials claim they made the arrest because the reporters allegedly did not move when asked to. Live video footage, however, shows Omar Jimenez, a reporter for CNN who is black, politely telling police officers that they were complying. Two other members of the crew were subsequently handcuffed and detained after 5 am CT.

In a statement, CNN said the arrest is “a clear violation of their First Amendment rights” and called on the Governor of Minnesota to “release the three CNN employees immediately.”

The crew was released from the Hennepin County Public Safety facility in Minneapolis just shortly after 6:30am, according to CNN. In a Tweet, the Minneapolis State Patrol said that the crew was arrested “in the course of clearing the streets and restoring order” and “were released once they were confirmed to be members of the media.” Video footage, however, captures Jimenez showing his press pass to the police and saying “we can move back to where you like…wherever you want us, we will go.”

Around 9:45 a.m. ET, Jimenez tweeted that he had returned to reporting on the protests.

Josh Campell, a white reporter for CNN, was approached by police but was not arrested. “I was treated much differently than (Jimenez) was,” Campell says.

According to a guide for covering protests by Reporters Committee for Freedom of the Press, “police may not prevent journalists from covering protests if the journalists are in a place where the public is allowed, and they are not disrupting or interfering with law enforcement.” The guide also stipulates that “police cannot arrest journalists in retaliation for negative coverage or to prevent reporting on a public demonstration.”

Minnesota Governor Tim Walz apologized for the arrest saying, “It was totally unacceptable.”

The protests, which began on Tuesday, follow the death of George Floyd, 46, who died after a police officer knelt on his neck during an arrest on May 25. The four officers involved have been fired.

Former Vice President and current Democratic presidential candidate Joe Biden weighed in on the arrest Friday morning, tweeting, “This is not abstract: a black reporter was arrested while doing his job this morning, while the white police officer who killed George Floyd remains free. I am glad swift action was taken, but this, to me, says everything.”

During a press conference on Friday, Minnesota Gov. Tim Walz said that Jimenez’ arrest was inexcusable and apologized to CNN and the other journalists in the room. “That falls squarely me,” he said, and said he would work to make sure it doesn’t happen again going forward. 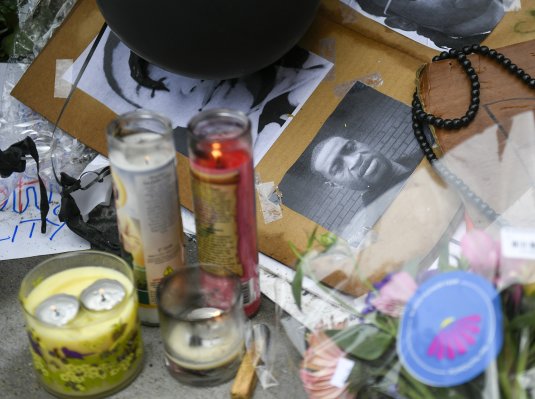 The Long History of Racism in Minneapolis
Next Up: Editor's Pick