Yemen Officially Has One of the Middle East's Lowest COVID-19 Counts. In Reality, the Virus Is Spreading Unseen and Unchecked

When international aid agency Doctors Without Borders took over management of the COVID-19 treatment center at a hospital in the Yemeni city of Aden on May 7, one of the immediate challenges was convincing cleaners, porters, and even some of the hospital’s doctors that the novel coronavirus existed, and could make them sick.

“After years of war, after years of having no proper services, people in general don’t trust what the media says, and they don’t trust the authorities,” the center’s deputy project co-ordinator Mohammed Abdulrahim told TIME by phone from Aden on May 24. “At the beginning, we had medical staff getting sick. They had direct contact with patients without taking precautions like putting on masks—they just treated it like a normal disease.”

Staff misperceptions of COVID-19 were just one of the obstacles Abdulrahim and his team faced. Before Doctors Without Borders (MSF) took over the al-Amal facility’s management there was no dedicated ambulance for coronavirus patients, and a political dispute meant Yemen’s government had stopped paying staff salaries, leading to a wave of resignations. Three weeks into its tenure, dire shortages of PPE and oxygen remain, and dozens of MSF staff are off sick in Aden.

The frontline medics at al-Amal are just a handful of the people struggling to prop up a healthcare system devastated by more than five years of war. After Saudi Arabia, the UAE and other Arab nations intervened to drive Iran-backed Houthi rebels from Yemen’s capital Sana’a in 2015, Yemen’s civil conflict has left more than 100,000 people dead, displaced millions, and led to what the U.N. calls the world’s worst man-made humanitarian crisis.

Now, the coronavirus is here and spreading silently through the country. Although testing is almost non-existent, doctors at the only dedicated COVID-19 treatment center in Yemen’s south say they are struggling to cope with a 40% mortality rate and a growing caseload of patients. “The team is under permanent stress with staff missing or not trained enough,” Marc Schakal, MSF’s deputy operations manager for Yemen tells TIME by phone from Dubai. “There are very difficult clinical decisions to take for the doctors to make: We are obliged to set admission criteria based on age and chances of survival at the end.”

As harrowing as conditions are inside the treatment center, MSF doctors believe they are seeing “just the tip of the iceberg,” Shakal says, “We are really worried about much older people who are not able to reach the center, and who are dying in the community.”

“We don’t have visibility on the epidemiological curve”

Yemen’s official coronavirus caseload, among the lowest in the Middle East, is almost certainly misleading. As of May 28, the World Health Organization had recorded only 253 confirmed cases and 50 deaths among a population of 28 million. In neighboring Oman, authorities have confirmed over 8,000 cases with a population one-sixth the size.

The country has a miniscule casecount only because of the near-total absence of testing. So far, authorities have performed fewer than 1,000 COVID-19 tests, or 31 per 1 million citizens. That’s a lower per capita figure than in northeast Syria, Chad, or Idlib.

The observations of doctors at al-Amal’s COVID treatment center cast further doubt on official figures. Between April 30 and May 24, the center admitted 228 patients suffering from coronavirus-like symptoms. Of those patients, 99 have died, or more than 40%. With the center permanently full, MSF is now expanding capacity to a total of 80 beds, up from 50 when it took over on May 7.

Facilities like this are desperately needed in a country with a barely functioning healthcare system. Half of the country’s hospitals and clinics have been destroyed or shut over the course of the war, and earlier this month, the Associated Press reported that 18% of Yemen’s 333 districts do not have a single doctor. The splintered country, which is controlled by various armed factions, is not anywhere close to being equipped to deal with an epidemic —according to a May 18 UNOCHA situation report, Yemen currently has fewer than 150 ventilators, about 500 ICU beds, and only five labs capable of conducting COVID-19 tests.

In Aden “some hospitals have closed because they’re worried about contamination, or because of lack of essential supplies that could protect the health of workers,” says MSF’s Schakal. Others have reportedly turned away patients who have sought help for breathing difficulties.

Although the MSF center still lacks sufficient staff numbers and PPE, oxygen is its most urgent need. Every day, the agency says, its COVID-19 center gets through 250 40-liter oxygen cylinders. Yemen has a total stockpile of under 12,000 cylinders for the entire country.

Al-Amal’s alarming death rate is in part due to patients arriving at a very late stage in COVID-19’s progression, MSF’s doctors say. But what is especially striking is that most of the dead are between 40 and 60 years old—considerably younger than the majority of those who have succumbed to the disease in European hospitals. While it’s possible that environmental stressors make Yemen’s population more vulnerable to COVID-19, doctors suspect the high death rate means many more people in Aden—particularly the elderly—are dying at home without seeking treatment.

It’s a hypothesis reflected in the city’s burial rates. On May 14, Save the Children reported that 380 people in the city had died of “coronavirus-like symptoms” in a single week. On the same date, the official fatality rate for the whole of Yemen was just 13. By late May, government burial statistics revealed that as many as 80 people were dying every day in Aden, compared to a pre-outbreak normal of 10.

“We don’t have visibility on the epidemiological curve, so we don’t really know when it stops,” Schakal tells TIME. “We don’t know if we are on the way up, at the top, or on the way down.”

All of this is taking place against the backdrop of an ongoing war. Yemen’s conflict pits Houthi rebels, who control Sana’a and the country’s north, against a Saudi Arabia-led coalition that holds sway in the south and is fighting to restore the exiled internationally-recognized government. Saudi airstrikes—using U.S. and U.K. supplied munitions—have been responsible for the majority of the destruction of civilian infrastructure like hospitals.

A respite from the fighting might have come on April 8, when Saudi Arabia announced a two-week ceasefire in Yemen, which it extended for an additional month on April 24. But humanitarian groups say the truce—which was denounced as a media ploy by the Houthis—heralded an initial rise rather than a fall in violence. The Saudi Arabia-led coalition accused the Houthis of breaching its unilateral “ceasefire” 241 times in 48 hours. In the two weeks after it was announced “we definitely saw a spike in violence from both sides, there was an increase in the number of casualties, the number of displacements, and the number of airstrikes,” says International Rescue Committee’s Yemen director Tamuna Sabadze.

As of May 18, Houthi authorities had reported only four cases of COVID-19 and one death—all in Sana’a. But the Aden-based government in Yemen’s south has accused the rebels of covering up a larger outbreak. “It’s difficult to say how many have it,” the International Committee of the Red Cross’s (ICRC) Yemen director Franz Rauchenstein tells TIME from Sana’a. “We presume that there is a rather widespread transmission in the north.”

But it is not only the infected who are impacted. COVID-19 has contributed to increases in the price of basic food items and a drop in remittances from migrant workers—one of the country’s most important sources of income—since the pandemic began. That’s life-threatening in a country where even before the pandemic only 15% of children were eating the minimum acceptable diet for survival, growth, and development; and whose farms face the additional threat of massive locust swarms.

Doctors also fear that COVID-19 could inhibit Yemen’s ability to cope with other health crises. Recent flooding across the country has contributed to outbreaks of mosquito-borne malaria, dengue, and chikungunya. In the first six months of 2019, Save the Children recorded almost half a million suspected cholera cases. While Yemen has not experienced a major cholera outbreak this year, it remains a risk in a country where more than 80% of the population lacks access to clean drinking water.

Rather than a standalone problem, the global pandemic adds another layer to Yemen’s already complex crisis. “The tricky thing is that corona actually reduces the efficiency of humanitarian actors, and it reduces the efficiency of an economy,” says ICRC’s Rauchenstein. “These secondary effects of the coronavirus are weakening Yemen even more, and lowering its resilience.”

On May 24, Mohammed Abdulrahim and his wife, a pharmacist at the nearby MSF managed trauma unit, enjoyed a rare day off work for the Muslim holiday of Eid. Rather than visiting relatives according to tradition, they spent the day together at home.

But outside, Aden’s streets were as busy as usual. Despite authorities encouraging people to observe social distancing measures, men still visited markets to buy khat—a narcotic leaf chewed by many Yemenis—children went from house to house collecting candies, and families gathered in parks.

Yemenis’ resistance to social distancing is not only down to public skepticism over information authorities have put out, says Abdulrahim. Even if people believe official messaging, most of Aden’s population relies on daily work to feed their families. “Either people stay at home, where the electricity cuts out and they die because they’re starving, or they die because of corona,” he tells TIME. “Both ways, they are dead. So, they stop thinking and they just continue their life.” 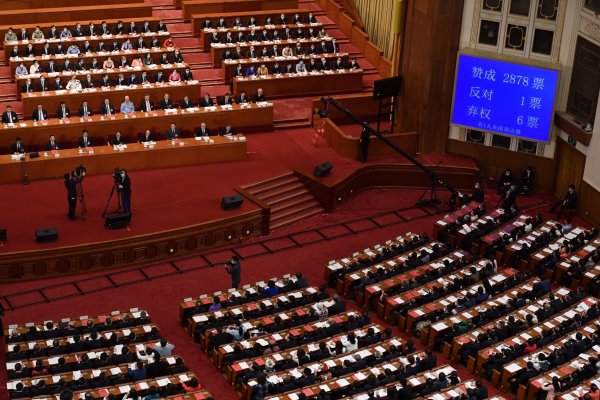