Same-sex newlyweds Alexandra Quiros (C) and Dunia Araya (R) stand before a lawyer during their wedding in Heredia, Costa Rica, on May 26, 2020.
Ezequiel Becerra—AFP via Getty Images
By Suyin Haynes

The first same-sex weddings have taken place in Costa Rica, after a landmark court ruling came into effect at midnight. While activists’ plans for a national celebration had to be postponed due to the coronavirus pandemic, a late-night television broadcast culminated in the wedding ceremony of Alexandra Quiros and Dunia Araya. As the brides kissed, guests in attendance cheered and threw rainbow rose petals.

In 2018, Costa Rica’s constitutional court ruled that a ban on same-sex marriage was unconstitutional and discriminatory, giving the country’s parliament 18 months to legislate or face the ban being automatically overruled. Monday night marked that deadline, and the move has been welcomed by human rights activists across the region.

“Empathy and love should from now on be the guiding principles which will allow us to move forward,” Costa Rica’s President Carlos Alvarado Quesada tweeted shortly after the midnight ruling came into effect. Quesada, who took office in May 2018, had campaigned promising to legalize same-sex marriage; Costa Rica’s 2018 election also saw the country’s first openly gay congressman, Enrique Sanchez, seated.

Despite opposition from religious groups and a handful of lawmakers, Costa Rica is the first country in Central America to legalize gay marriage, and the sixth in Latin America. But although legislation in recent years has moved to enable gay couples to marry in Argentina, Ecuador, Brazil, Colombia, Uruguay and parts of Mexico, the LGBTQ community still faces widespread discrimination and violence throughout the region. From 2014-2019, least 1,300 LGBTQ people were murdered in Latin America and the Caribbean, according to research last year undertaken by a regional network of gay rights groups.

Costa Rica is now also the 28th U.N. member state to recognize same-sex marriage. Victor Madrigal-Borloz, the U.N. Independent Expert on Sexual Orientation and Gender Identity — and also Costa Rican — called it “an extraordinary moment of celebration and gratitude to the work of so many activists, and of quiet reflection of the loves of those who lived without seeing this moment.” 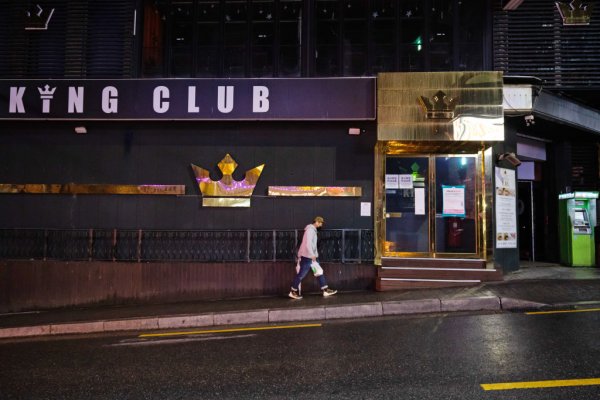