Former Nissan chief Carlos Ghosn speaks at a press conference in Beirut, Lebanon, Jan. 8, 2020. Carlos Ghosn denied on Wednesday all accusations brought against him by Nissan, adding that he will fight until the end to prove his innocence, local TV channel MTV reported.
Bilal Jawich–Xinhua/Getty Images
By Chester Dawson and Janelle Lawrence / Bloomberg

A onetime U.S. Army Special Forces member accused of assisting in the cloak-and-dagger escape of Nissan Motor Co.’s former chairman from Japan will fight any attempt to extradite him from the U.S., according to his lawyer.

Michael Taylor, 59, was taken into custody Wednesday by U.S. Marshals and faces possible extradition to Japan for his alleged role in smuggling Carlos Ghosn out of that country to Lebanon late last year. Taylor’s lawyer said his client hasn’t been notified of a formal extradition request but plans to contest any such move.

“We do not yet have the actual request for extradition from Japan, however, once we receive and have a chance to review it, we fully expect to challenge the request on several legal and factual grounds,” attorney Paul V. Kelly said Thursday in a statement.

Taylor and his son Peter are being held at the request of Japanese authorities, who have 45 days to file a formal extradition request under U.S. law. They have been accused of helping Ghosn flee Japan, where he faced trial for alleged financial misconduct. Peter Taylor, who is also represented by Kelly, will challenge extradition as well.

A top official in Japan’s Cabinet said earlier Thursday that the country was taking steps to request a speedy extradition, but one Japanese expert said that process may take time and could be difficult to carry out.

U.S. prosecutors said they detained the Taylors the same day that Peter, 27, had planned to fly to Beirut.

Ghosn, an outspoken executive whose late 2018 arrest made headlines around the world, has denied the charges and accused the Japanese justice system of being rigged against him. He remains in his native country, which doesn’t have an extradition treaty with Japan.

In February, Japanese Justice Minister Masako Mori said in an interview she would “never give up” on her pursuit of the former auto executive.

–With assistance from Bob Van Voris. 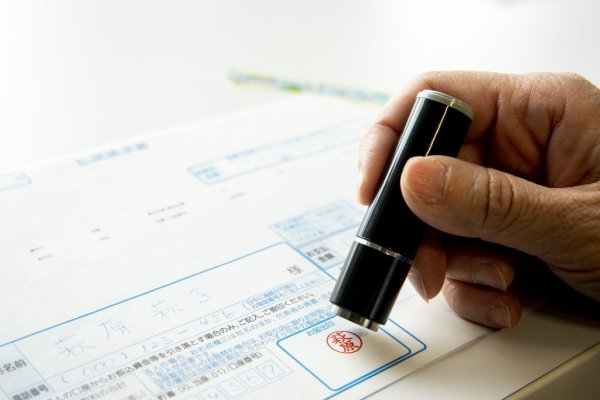 Virus Prompts Japan to Rethink Stamping Documents by Hand
Next Up: Editor's Pick