Former Vice President Joe Biden, presumptive Democratic presidential nominee, speaks during a virtual event seen on a laptop computer in Arlington, Virginia, U.S., on Tuesday, April 28, 2020. Clinton endorsed Biden today saying that she wishes he were in the White House to lead the country through the coronavirus pandemic.
Andrew Harrer–Bloomberg/Getty Images
By Tyler Pager / Bloomberg

Joe Biden’s campaign limited press access to a fundraiser with Wall Street donors on Thursday night, the first time reporters were unable to join the video portion of a virtual fundraiser or hear the presumptive Democratic nominee answer questions.

The Biden campaign has long touted its open fundraisers as evidence of the former vice president’s commitment to transparency. Since Biden started his campaign, he has allowed a pool of reporters to attend his events. The campaign has also allowed a pool to watch his virtual fundraisers hosted on Zoom. But, on Thursday night, the pool was only given a call-in line, prohibiting reporters from seeing who was in attendance.

After the former vice president gave brief remarks, in which he criticized Donald Trump’s oversight of the coronavirus pandemic, reporters were kicked off the call just as he opened up the floor for questions.

“Tonight’s event was a new format as we enter a new phase of the general election campaign, but we will continue to ensure press access to our virtual finance events as part of our campaign’s commitment to transparency — one that vastly exceeds anything that Donald Trump and his campaign have offered the American people,” Rufus Gifford, Biden’s deputy campaign manager, said in a statement.

Earlier: Biden’s Wall Street Pals Think They Have His Ear Despite Snubs

Biden has faced criticism from the left for his relationship with Wall Street. Most recently, progressive Democrats were outraged after Bloomberg News reported last month that former Treasury Secretary Larry Summers was advising the Biden campaign.

Altman and Hartley also hosted a fundraiser in June at the Carlyle Hotel in New York during which Biden cited two segregationist senators as he spoke of the “civility” of the Senate in the 1970s and 1980s.

The comments drew fierce criticism from Democrats, who called on Biden to apologize for the remarks. A few weeks later, he did. 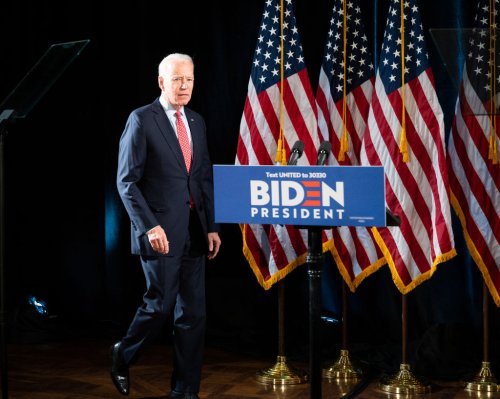 How Joe Biden Changed the 2020 Veepstakes
Next Up: Editor's Pick