The U.N. Security Council voted on Thursday to send thousands of peacekeepers and police into the Central African Republic, where a year of unprecedented violence has destabilized the chronically poor country to perhaps the worst point in its modern history.

The 15-member council unanimously authorized an almost 12,000-member force that will include 1,800 police officers, fold in about 5,200 African Union peacekeepers and support the 2,000 French troops already on the ground. Aid groups and human-rights organizations have warned for months that the increasingly grim situation would not improve without more security personnel.

Thousands of people have been killed since March 2013, when the predominantly Muslim rebel coalition Séléka toppled the government, installed its commander as President and began a campaign of looting, torture and killing that largely targeted Christians. Bands of self-defense vigilantes called anti-balaka, comprising mostly Christians and animists as well as former soldiers loyal to the ousted President, gradually rose up and have grown more violent in response.

In early December, attacks between the two sides in the capital, Bangui, left hundreds dead and resulted in rapid troop deployments by France and the African Union. But in the months afterward, following Séléka’s retreat and the President’s step-down, anti-balaka have retaliated so fiercely that a significant portion of the country’s Muslim population has fled or been killed.

Those who remain are located in the eastern region, where Séléka still holds clout, or are unable to leave several towns in the north or west without harm. The U.N. is now looking into how to safeguard them and may take part in the evacuation or relocation of some 19,000 people who it says desire a way out.

Thursday’s vote comes just days after U.N. Secretary-General Ban Ki-moon visited Bangui for the first time since the December flare-up. While he used the opportunity to acknowledge that foreign forces there are “under-resourced and overwhelmed,” he urged the Security Council to approve his proposal for more troops and detailed a laundry list of abuses committed over the past few months.

“Muslims and Christians have been placed in mortal danger simply because of who they are or what they believe. The security of the state has been replaced by a state of anarchy,” Ban said. “People have been lynched and decapitated. Sexual violence is on the rise. Gruesome acts have been committed while others cheered on the perpetrators. There has been total impunity — zero accountability. This must change.”

Ban’s trip coincided with the two-decade anniversary of the Rwandan genocide and preceded the few-hours stopover by Samantha Power, U.S. ambassador to the U.N., on Wednesday. Power’s visit, her second since December, occurred as Chad had already begun to pull its 850 troops out of the African Union’s peacekeeping force over accusations they were responsible for the recent civilian deaths, leaving a security gap that French and Cameroonian forces were aiming to fill.

Power took to Twitter after the resolution passed on Thursday, calling the authorization a “critical step to help end horrific atrocities.” 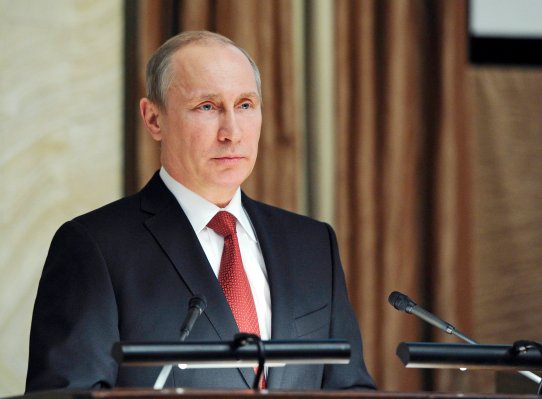