Coronavirus Won't Kill Globalization. But It Will Look Different After the Pandemic

Passengers walk past crew members of South African Airways at the airport in Frankfurt, Germany, on April 18, 2020.
Michael Probst—AP
Ideas
By Arjun Appadurai
Appadurai is an Indian-Amerian anthropologist, a world-renowned expert on the cultural dynamics of globalization and the Goddard Professor of Media, Culture, and Communication at NYU.

Even in the heady early years of globalization back in the 1990s, scholars of the new trend were worried about its viral qualities: its speed, its ability to penetrate borders and regulations, its capacity to transform and even colonize the countries to which it came. I was one of these analysts. Though most of us thought globalization would likely be a largely positive force, we did not anticipate then that globalization could gradually become dangerous, infectious and hard to control.

Then came a spate of viruses that themselves seemed to be global travelers: HIV, the swine flu, mad cow disease, SARS, various brands of influenza, and now COVID-19. This last scourge is the most globalized in our history. Its speed of movement is matched only by the scale of its global reach. And it has unleashed an assault against globalization, with critics using the current pandemic as an example of how it can go wrong.

All of a sudden, many in media, academia and politics seem ready to hit the pause button on globalization. “Globalization is headed to the ICU,”a Foreign Policy column argued on March 9, while The Economist’s May 14 issue asked whether COVID-19 had killed globalization. Some on the left have hailed the virus as a potential cure for the damaged planet, a way to restrain the cruelties of globalized capitalism and restore the virtues of communities and countries over those of corporations and markets. Meanwhile on the populist right, leaders like U.S. President Donald Trump and Brazilian President Jair Bolsonaro have used the widespread push to close national borders, and to keep foreigners, tourists and migrants out, to exploit pre-existing sentiments of xenophobia and racism among their supporters. Is this recent push just the thin edge of the wedge in a growing effort to turn the clock back on globalization?

Perhaps, but such an effort is wishful thinking. Globalization is here to stay. It’s a horse that left the barn 30 years ago, when the Soviet Union fell, when free markets for labor and capital became the norm, and when financial markets became more important than the trade in goods and services. These trends cannot be reversed, any more than the industrial revolution or the emergence of computers.

So far, it’s clear that no significant global player is changing its game plan. China is quietly continuing its enormous investments in the Belt and Road Initiative while the U.S. and Russia are in an ongoing tussle about major arms deals with India—intensified since the COVID-19 crisis became global—because neither power wants to shrink its global share of the arms market. French President Emmanuel Macron and President Donald Trump have just come to a broad agreement to slow down the E.U. effort to tax the big American tech firms (Google, Facebook, Microsoft) in the interests of avoiding a tariff war between the two countries. Germany remains keen to avoid lining up with either the United States or China in the most recent hostilities between the two. Though many nation-states are preoccupied with tightening their borders, maximizing their medical resources and prioritizing the health of their citizens above all else, no country has taken any serious action to undo or reverse their global alliances, interests and strategies.

Nevertheless, COVID-19 appears to have given the nation-state a fresh lease on life, after many decades of being seen as a junior partner to markets, corporations, multilateral agencies, and media organizations. Many presidents and prime ministers have been given enhanced powers. The populations they lead have, generally, increased their faith in them too. This has led some to fear that the authoritarian leaders now in power in many countries will become even more dismissive of liberal political values.

But the revival of the power of the nation-state is limited. No state can use the coronavirus crisis to sweep away the reach of the global financial system. The economic indicators that underpin many leaders’ popularity are based on internationalized labor, raw materials, and supply chains that cannot be drawn back into national nets and boundaries without significantly reducing quality of life. Meanwhile, citizens have become newly aware of their own power and agency in securing the survival and prosperity of their own nation states, by following public health rules, and making economic and social sacrifices. Neither politicians nor citizens are likely to forget this rediscovery of the social power of ordinary people.

The recent crisis has also shown how neither science nor technology can succeed without globalization. This was exemplified by the effort of President Trump to help the United States to buy a German company developing a coronavirus vaccine. The attempt, which failed, was a marker of the tensions that arise when science, which so often relies on international cooperation, collides with national ambitions and anxieties. The best virologists, epidemiologists and public health experts are constantly in touch with one another across national boundaries. Drug companies rely on globally conducted trials and scientific talent drawn from a global pool. Emergency equipment is sent from various countries to one another. Although there is still a competitive race to find the best tests, equipment, vaccines and cures, the globalized model of corporate collaboration in the big pharma corporate world is sure to continue. And nation states that treat the pandemic as a zero-sum game, to be won or lost, are sure to fail.

But the irreversibility of globalization has not meant, as some predicted in the 1990s, the end of xenophobia or the reduced marginalization of vulnerable groups. Many right-wing populists, like Trump, are responding to the crisis by tapping into racist, anti-migrant and anti-liberal prejudices. President Bolsonaro in Brazil has openly shown his contempt for the advice of scientists. And the party of Indian Prime Minister Narendra Modi has used the crisis to stoke Islamophobia and abandon the working and migrant poor that came to India’s cities from its villages. The downsides of globalization might well deepen faster than its upsides. 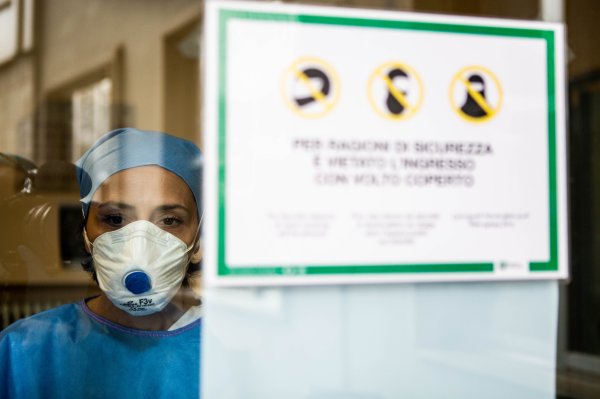 A New Documentary Takes An Intimate Look Inside Italy’s COVID War
Next Up: Editor's Pick