(HONG KONG) — Clashes broke out in Hong Kong’s legislature Monday for a second time this month as a pro-Beijing lawmaker was elected as chair of a key committee that scrutinizes bills, ending a prolonged struggle for control with the pro-democracy camp.

The legislature’s House Committee, which vets bills and decides when to present them for a final vote, had been without a chairperson for more than six months. The central government in Beijing criticized deputy chairperson and pro-democracy lawmaker Dennis Kwok for deliberately delaying matters and causing a backlog of bills that affect public interest.

Kwok was replaced Friday by Chan Kin-por, who was appointed by the legislature’s president to preside over Monday’s election. After scuffles and shouting matches, leading to Chan ejecting most of the pro-democracy lawmakers, the election took place with pro-Beijing lawmaker Starry Lee winning easily.

Her election will likely speed up the passing of a controversial bill that would criminalize abuse of the Chinese national anthem. Hong Kong’s chief executive Carrie Lam said last week that passing the bill was a priority for the government, and the bill will be presented to the committee on May 27.

At Monday’s meeting, pro-democracy lawmakers held up placards that read “Abuse of Power” and “CCP tramples HK legislature,” referring to the China’s ruling Communist Party. Within minutes, at least five lawmakers were ejected for disorderly behavior, with at least one lying injured on the ground as the meeting was briefly suspended.

“Hong Kong is marching towards the beginning of the end of ‘one country, two systems’,” said pro-democracy lawmaker Claudia Mo after the meeting ended.

The former British colony was returned to China in 1997 under a one country, two systems framework that gives Hong Kong its own legal system and greater rights than in the mainland.

Mo urged the Hong Kong people to vote out those who “don’t care about Hong Kong’s future” in the legislative elections in September.

Pro-Beijing lawmaker Martin Liao said the opposition camp had “assaulted some of the security officers,” and disrupted “legitimate” election proceedings.

Lawmakers clashed over the same issue on May 8, when Lee occupied the chairperson’s seat more than an hour before the meeting was scheduled to start, saying that external legal counsel had advised that she had the power to preside over House Committee meetings.

Pro-democracy lawmakers accused her of abusing her power and staged a walkout, leaving Lee and the pro-Beijing camp to clear several bills.

Also Monday, 15 pro-democracy figures, including media tycoon Jimmy Lai, appeared in court to face charges relating to anti-government protests last year over a controversial extradition bill that has since been withdrawn. The bill would have allowed residents of the semi-autonomous Chinese territory to be sent to mainland to stand trial and sparked months of protests.

Most Popular on TIME
1
How Did Japan Beat Coronavirus Without Lockdowns or Testing?
2
Jacinda Ardern Continues TV Interview in Earthquake
3
Brazil Is Starting to Lose the Fight Against Coronavirus—and Its President Is Looking the Other Way 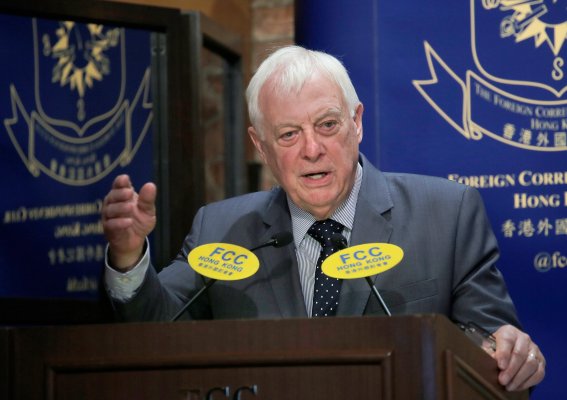