Humpback Whales Have Made a Remarkable Recovery, Giving Us Hope for the Planet

Humpback whales swim in the waters off Half Mood Island, Antarctica, Jan. 15, 2020.
Abbie Trayler-Smith—Greenpeace
Ideas
By Dr. Kirsten Thompson
Thompson is a Marine Scientist and Lecturer in Ecology at University of Exeter.

In the depths of the ocean, and out of sight for most of us, there’s a quiet miracle happening. Many humpback whale populations, previously devastated by commercial whaling, are making a comeback. And no, before you ask, this has nothing to do with the coronavirus.

A recent study on humpbacks that breed off the coast of Brazil and call Antarctic waters home during the summer has shown that these whales can now be found in the sort of numbers seen before the days of whaling. Records suggest that in the 1830s there were around 27,000 whales but, after heavy hunting, by the mid-1950s only 450 remained.

It is reassuring to see what happens when we leave nature to follow its course. The ban of commercial whaling in 1986 led to a strong recovery and now this population is thought to be around 93% of its original size. By taking away the threat of hunting, and having safe spaces to survive and thrive, humpback numbers in many areas have recovered.

This is great news for the whales, of course, but also for the climate. Keeping carbon out of the atmosphere is key to tackling the climate crisis and the contribution that a single whale can make is something we need to take seriously.

On average a single whale stores around 33 tonnes of CO2. If we consider only the Antarctic humpback whales that breed in Brazil, protecting this population alone has resulted in 813,780 tonnes of CO2 being stored in the deep sea. That’s around twice the yearly CO2 emissions of a small country like Bermuda or Belize, according to 2018 emissions data. That’s because when a whale dies naturally, it exports carbon stored in its gigantic body to the deep sea, keeping it locked up for centuries.

In 2019, even the International Monetary Fund turned its attention to the startling economics of whale conservation. Apparently, one great whale is worth around US$ 2 million over its lifetime and the organisation GRID-Arendal goes as far as stating that whales are worth US$ 1 trillion to the global economy.

I had the privilege to see them flourishing during the last leg of Greenpeace’s year-long Pole to Pole voyage. I’m happy to say that whales are everywhere in Antarctic waters. My cabin mate, a teetotaler, woke up a few mornings with a “whale hangover” having stayed up too late watching whales feeding off the bow of our ship.

As a whale biologist, for decades I have always remembered the tales told by old whalers in the communities I have lived and worked – from Shetland to the Azores, New Zealand and New Caledonia – where, back in the day, there were so many whales you could walk right across a bay on the backs of humpbacks. Or so they said. My experience in the Antarctic made me think of these tales and gives me hope that we can work towards recovery of other populations and species, for everyone to enjoy, not just the privileged few like me.

Humpbacks are probably the world’s most recognisable whale and they perform the longest known migration of any mammal. And each one is utterly unique: the pattern of white and black blotches on the underside of their tail fluke is as individual as a human fingerprint. Comparing our images with a global database of humpbacks, we were able to identify 49 humpback whales whilst on the Greenpeace expedition. All humpbacks in their feeding grounds are busy and are trying to get fat.

One of them was formerly known as ‘HW-MN1300988’ and now named ‘Mir’ by our team after our radio operator whose birthday it was when we heard of an exciting match. Mir was first identified in 2012 off the Pacific Coast of Panama, and has been photographed returning to Antarctic waters in three subsequent summers, providing direct evidence of how these whales cover extensive areas of the oceans. These data can help us understand just how far these magnificent creatures travel and how much ocean they depend on.

Of course, it’s not all great news. Some whales are still being hunted. Some species, such as blue whales have not yet recovered from the impact of commercial whaling. They all face a myriad of interacting human-induced threats – ocean noise, chemical and plastic pollution, collisions with ships, entanglement in fishing nets, poor fisheries management and climate change. It’s tough out there for marine life. One of the humpbacks we identified during our Antarctic expedition, ‘HW-MN1301140’ had as a distinct characteristic only half a tail fluke, possibly as a result of entanglement with fishing gear.

The humpback recovery in Antarctic waters is also an example of what can happen when governments come together to protect our global oceans. The moratorium on whaling was followed by the creation of “whale sanctuaries” and regulation on trade in endangered species. We have the tools and the science. All we are missing is the political will to create the spaces to allow wildlife to recover.

We know the ocean can be restored. Right now we are at an important crossroads for making that happen: it’s a grand challenge but we stand to lose so much if we ignore it. A recent review in the journal Nature suggests that if the oceans are protected, marine life can rebound within our lifetime. Whales are one example, others include turtles, sea otters, seals and, critically for humans, fisheries. Protection means a well-connected, well-managed network of marine protected areas, in the form of a global network of marine reserve areas that cover 30% of the ocean and allow marine life to flourish. The science is clear: this can happen and it will work.

Who knows whether all those old historical tales of humpbacks in every coastal bay are true, but I am excited to find out. 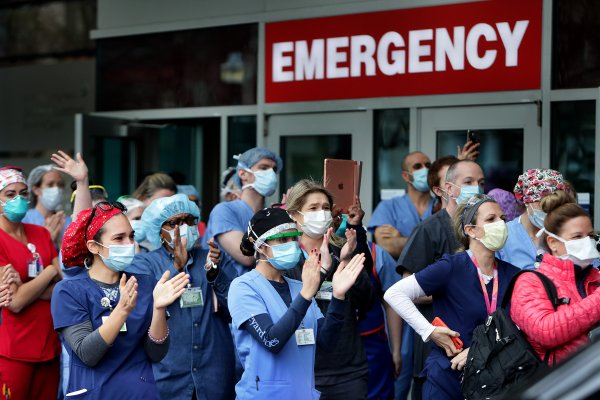