An Amazon sorting employee pulls a cart with parcels in a distribution centre in Saxony, Germany on Jan. 22, 2020.
Sebastian Kahnert—dpa/Getty Images
By Spencer Soper / Bloomberg

Amazon.com Inc. says the one- and two-day delivery times that shoppers have come to expect should gradually return in coming weeks as the online retailer catches up from a demand surge tied to the coronavirus outbreak.

The company on Sunday lifted restrictions on the amount of inventory its suppliers can send to Amazon warehouses and is shortening delivery times — which had stretched for weeks for some products since the outbreak began — back to days.

Amazon spends months preparing for the surge in consumer demand that usually comes during the holiday season. The Covid-19 outbreak that closed many retail brick-and-mortar stores and sent millions of shoppers online created a month’s worth of Black Friday spending without warning. Once Amazon fell behind, it took several weeks and hiring 175,000 people to get back on track.

“We removed quantity limits on products our suppliers can send to our fulfillment centers,” Amazon spokeswoman Kristen Kish said in an email. “We continue to adhere to extensive health and safety measures to protect our associates as they pick, pack and ship products to customers, and are improving delivery speeds across our store.”

Even with the delays, Amazon saw a major spike in sales tied to the coronavirus outbreak because shoppers had so few choices. Amazon, big box stores, supermarkets and pharmacies were among the few businesses deemed essential and allowed to remain open. But the delays were starting to tarnish Amazon’s reputation with its customers and its merchants who supply more than half the goods sold on the site.

Quick delivery is central to Amazon’s customer promise, helping it attract more than 100 million people who pay monthly or yearly dues for Prime memberships. Prime members spend more on the site than non-Prime members, making it critical for Amazon to get its delivery times back to normal especially as retail stores begin reopening and shoppers have more options.

When Seattle-based Amazon was overwhelmed in April, many shoppers saw the long delivery times and shifted their purchases to pickup curbside options offered by Walmart Inc. and Target Corp., said Anthony Ferry, chief executive officer of PriceSpider, which tracks web traffic for more than 1,600 brands, including consumer staples made by Procter & Gamble Co. and Kraft Heinz Co.

“Loyal Amazon shoppers left the site when they saw long delivery times or items were out of stock,” he said. “Buy-online pickup-in store has become a much more enticing and desirable solution when people want something now.”

Amazon let employees worried about their safety take time off during the outbreak, which increased absenteeism and aggravated the delays. Some lawmakers, unions and workers have criticized Amazon for not doing enough to protect its warehouse workers and continuing deliveries through the pandemic. Company officials have said repeatedly they have taken multiple steps, including extensive cleaning at facilities, to keep its employees healthy.

Long delivery times were beginning to erode Amazon’s stellar brand reputation among consumers, said Juozas Kaziukenas, founder of the New York research firm Marketplace Pulse that monitors the site. Shoppers left 800,000 negative reviews on Amazon’s shopping site in April, double the number in the same month a year ago, with much of the increase attributable to longer delivery times, he said.

“Amazon is known for great selection, low prices and fast shipping,” Kaziukenas said. “These all broke during the pandemic. Selection was not always there, prices were not lowest because Amazon sold out, and fast shipping was gone.”

Even Amazon’s merchants, many of whom rely on the company to store, pack and ship their products through the Fulfillment By Amazon logistics service, started doing things themselves to quicken the pace of deliveries.

Bellroy has been selling wallets, smartphone cases and laptop sleeves on Amazon for seven years and used Fulfillment By Amazon because quick delivery is popular with coveted Prime members. But by the end of March, delivery times for many of its products were as long as 30 days and sales plummeted. Amazon was prioritizing essential items. So Bellroy began packing and shipping many of its products itself, and now does the logistics for about 20% of its sales on Amazon, said Lina Calabria, co-founder and chief operating officer of the company.

“When you go to Amazon and see 30-day shipping, our brand is getting mixed in with Amazon’s problems and we don’t want our customers to have a disappointing experience,” she said. ”It seems like we’ve accidentally developed a new strategy for Amazon.”

By again reducing its delivery times, Amazon will cut the risk of more merchants defecting from its logistics service, which generated about $14.5 billion, or 19% of its total revenue, in the first quarter. Many sellers are simply waiting for Amazon to clear the delivery clog, said James Thomson, a former Amazon employee who helps merchants sell products on the site through his consulting firm Buy Box Experts.

“It doesn’t matter if I advertise on Facebook or Google and redirect people to my site and offer faster delivery than Amazon,” he said. “The biggest problem for a lot of merchants is shoppers just don’t want their products right now.” 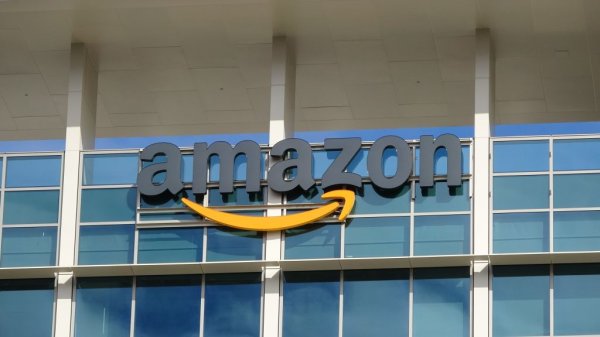 Amazon Engineer Quits Over Firings of COVID-19 'Whistleblowers'
Next Up: Editor's Pick