Light traffic is seen in this aerial view of the maze and the approach to the Bay Bridge in Oakland, Calif., on March 17, 2020.
Jane Tyska—Digital First Media/East Bay Times via Getty Images
By Justin Worland

Report after report has documented the warning President Trump received about the growing threat the new coronavirus posed to the U.S. But Trump remained defiant, reports say, seeking to settle the markets and sustain the three years of economic growth that had underpinned his reelection campaign. Even after recommending social distancing and the closing of the U.S. economy, Trump insisted that the measures to protect human life couldn’t last too long because he did not want to “let the cure be worse than the problem itself.”

This phraseology is all too familiar for anyone who has closely followed the last decade of debate around climate change. “Plans stemming from panic will constrain our economy,” Florida GOP Senator Marco Rubio warned last year, saying we should stop trying to halt climate change and just adapt. “I’m not a scientist. I’m interested in protecting Kentucky’s economy,” said Senate Majority Leader Mitch McConnell in 2014. “The benefits do not outweigh the costs,” said Paul Ryan, the former Speaker of the House, of climate mitigation measures.

Even a cursory look at science and economics casts doubt on these statements. With both climate change and the coronavirus pandemic, simple economics show that the benefits of early action outweigh the costs. The U.S. would have saved trillions of dollars by acting early. Transitioning the world away from fossil fuels is a gargantuan task that comes with significant costs, but those costs pale in comparison to the tens of trillions of dollars inaction will cost the global economy—not to mention the “known unknowns” that could end up costing a lot more.

For all Trump’s rhetoric about economic growth, many economists have argued when it comes to both climate change and the coronavirus his administration’s attempt to continue growing without due regard for the science at the core of the issues has done more to harm the long-term economic picture than help it. In economic terms, understanding the rationale for acting on climate change and the coronavirus requires only a quick look at a basic concept: the cost-benefit analysis.

A cost-benefit analysis requires many complex calculations and assumptions, but at its core it’s as simple as it sounds. Since the mid-20th century, economists have assigned a monetary value to the various costs and benefits of a particular policy action to determine whether it’s worth pursuing.

The practice quickly took hold for environmental policymakers, and became a key tool at the Environmental Protection Agency (EPA). To create new regulations, the agency regularly compares the environmental benefits with the costs of inaction and implementation. Unsurprisingly, these calculations are often subject to extensive dispute. After all, how do you assign value to say, clean drinking water, let alone a human life? Even more complicated with climate change, how do you determine the value of a benefit that won’t be realized for years or decades into the future?

Economists have debated those questions for years, fighting over the wonky details, but the Trump Administration has sought to reset that debate. To justify nixing the Clean Power Plan, a key Obama-era climate policy, the Trump EPA argued that the agency shouldn’t consider the health benefits of clean air as part of rule focused on climate change, for example. The administration also undermined a metric that measures the cost of emitting carbon dioxide known as “the social cost of carbon,” giving less consideration to the effects of climate change on future generations and the rest of the world. The Obama administration calculated the social cost of carbon to be around $50 per ton of carbon dioxide emitted; the Trump administration says it’s as low as $1.

Of course, the coronavirus pandemic has come about too quickly to expect the administration to have made a formal calculation of the cost of addressing it. But a University of Chicago economist used a rough cost-benefit analysis to estimate that the U.S. should be willing to spend $65 trillion on lockdowns to prevent deaths. That’s equivalent to roughly three years of U.S. economic output. “COVID-19 has prompted a slew of benefit-cost analyses,” writes Gernot Wagner, an economist at New York University, in a Bloomberg column. “The verdict in virtually all of them is clear: shutting down the economy to contain the spread of the virus is worth the costs.”

The Trump administration’s reopening plans generally align with the recommendations of public health officials. Nonetheless, Trump’s rhetoric—endorsing protests to “liberate” states and promising to have the country back to normal soon—certainly seems to undervalue the benefits of locking down.

Calculating the monetary value of addressing climate change is similarly complicated, but the evidence is firmly on the side of urgent action. If handled right, policies to reduce emissions will actually deliver huge economic benefits, from clean air to green jobs. At the same time, the costs of inaction are so steep, to the point that economists struggle to account for them.

One problem in getting policies enacted based on cost-benefit analyses is that many smart people working on climate prefer not to discuss climate change in terms of economics. This is understandable. Protecting human life and health—not to mention all the other life on the planet—is about far more than dollars and cents. And the cost of climate change, while measuring in the trillions of dollars, doesn’t accurately capture the broad cultural and societal disruption the phenomenon is likely to cause.

But, for those who are skeptical of cost-benefit analyses, it’s worth pointing out to the climate action naysayers that even by the measure of jobs, growth and cold hard cash, unmitigated climate change, much like unchecked coronavirus, is a clear loser for everyone.

Just look at the numbers. The National Climate Assessment, a report from more than a dozen federal agencies, suggests that unchecked climate change will cost the U.S. $500 billion annually by the end of the century. Globally, we’re talking about tens of trillions of dollars saved in the next 30 years if we act to keep temperatures from rising more than 2°C above pre-industrial levels, the target outlined in the Paris Agreement, according to the Intergovernmental Panel on Climate Change.

“Delayed climate action will cost us vastly more each year in terms of lost lives and livelihoods, crippled businesses, and damaged economies,” UN Secretary-General Antonio Guterres said late last month. “The highest cost is the cost of doing nothing.” The rest of the world is starting to get this. Now it’s the U.S.’s turn. 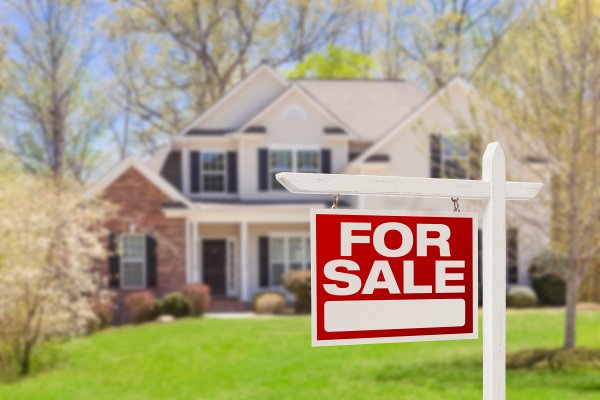 We Were Planning to Sell Our Home Before the Pandemic Hit. Now, the Real Estate Market May Never Be the Same
Next Up: Editor's Pick